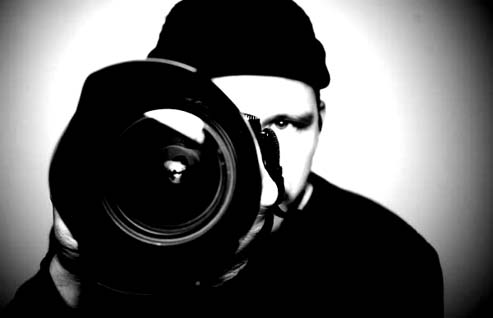 Gulf News reports today on a Russian pilot who posted a piece of video shot from his phone of a traffic accident up on YouTube and whose month in jail and deportation sentence has been reduced on appeal to a fine.

A month in jail and deportation for filming an actual incident and posting it online may appear madly draconian, but the UAE (and the Gulf in general, actually) has always had a fraught relationship with photography and video when it comes to personal privacy – professional photographers have long been used to having to obtain release forms and there have been many, many cases over the years where people have objected to having their pictures published – particularly GCC nationals, who value their privacy highly. The issue becomes highly charged when it comes to local women, whose modesty is assiduously preserved in public.

Many years ago I was with a friend taking photos of the enormous puddles that had resulted from heavy rain in Sharjah. A magnificently bearded policeman decided to take exception to my actions and ran me into the station for ‘photographing women’. His pals at the copshop obviously thought he was being as batty as I did and much barely disguised hilarity at his expense ensued at my proposed solution – he could develop my film at the twenty minute shop and if there was one woman in it he could bang me up with my blessing but if it turned out to be as woman free as I claimed, he could pay for the processing. The eventual compromise was to force me to sign a ‘chit’ promising never to photograph in that place again.

The fact that the accident the chap filmed actually occurred (and that the video was therefore, presumably, an accurate representation of the event) arguably plays no part in the judgement – although it would perhaps seem perfectly logical that a video of an actual event would be permissable – it is the right of an individual to privacy that takes primacy. If you filmed someone in the course of a criminal act, for instance stealing or committing an egregious traffic violation, you would be expected to hand that film over to the authorities rather than make it public – particularly if there are identifiable individuals in the footage.

What at first appears (at best) strange is actually something rather laudable – total respect for the rights of the individual and the role of the law, rather than the mob, in ensuring justice is done. Thinking about it, it’s sort of odd that we find this stance odd!

Mind you, I can’t wait for the Google Street View team to land here. They’ll be eating biryani three times a day within seconds flat…