Radio Daze – Why Saudi Radio gets no Reception 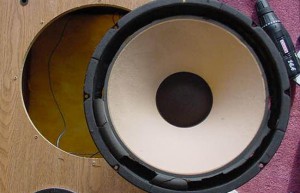 You are probably familiar with the name of Abdul Rahman al-Hazza by now. Al-Hazza is the deputy minister of information and culture who made the headlines a couple of weeks ago when he announced that Saudi bloggers need to register their sites with the government, before retracting his comments saying registration won’t be required but is highly encouraged.

Al-Hazza writes a column for Okaz newspaper where he occasionally says things that make no sense, especially coming from a government official.

Take for example his piece today: Al-Hazza talks about how Saudi Arabia has a very small number of journalists compared to the size of its population. He then goes on to say that the country needs more newspapers, radio stations, and television channels. He complains how we, and not I’m not sure exactly what he means by ‘we,’ only think about big newspapers and big television companies, asking: why there are no small regional newspapers, and why there are local radio and television channels?

You would think that Abdul Rahman al-Hazza, as a senior official in the Ministry of Culture and Information (MOCI), should know the answers to these questions, or at least is working to figure out the answers. As a fresh journalism student, I can’t claim that I know the answers for his big, open-ended questions, but I think I do have a teeny tiny pointer to offer: look at your own ministry!

When MOCI, after 3 long years of stagnation, finally decided to grant licenses for new radio stations to operate in the country earlier this year, the average price was around SR50 million. Just imagine what is the licensing costs for a newspaper or a television channel. I simply don’t believe that the ministry is serious about opening the space for more media outlets in Saudi Arabia.

As the debacle of the new law for regulating so-called “electronic media” showed, they are obsessed with control, and allowing more media outlets in the country means they will have to put so much more work into censoring and controlling these outlets. Why would they want to create a headache for themselves?