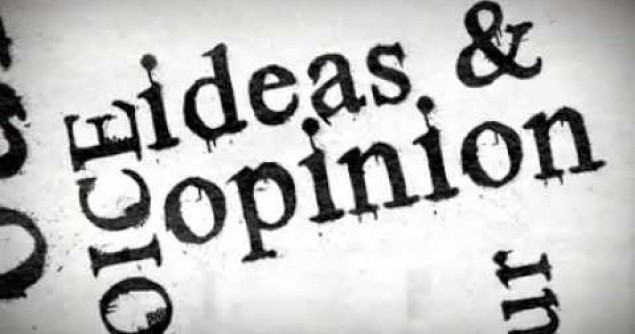 Over the years The View from Fez has supported the call for more English language media in Morocco. Since we began in 2005 a number of online or print publications have started up and eventually fallen by the wayside. Now there is another brave player entering the scene.

According to their publicity release, the news website Morocco Mirror was launched by a group of Moroccan anglophone journalists dedicated to writing about and covering mainly political, economic, social and sports events.

The history of English language media in Morocco is not a happy one as journalist Zakaria Rmidi reported back in 2009. The first attempt in print was in 1877, when a weekly newspaper written in the English language was launched in Morocco under the name of Maghreb Al Aksa.

Regular readers of The View from Fez will remember the rise and fall of The Casablanca Analyst. Touted as an independent weekly newspaper, it used to appear irregularly. The Casablanca Analyst launched its first issue in May 2007, and the last one to appear was the fifth issue, in May 2008. That is to say, five issues during one year. During that time The Casablanca Analyst wrote well on several serious issues, such as that of the Western Sahara conflict and the occupied Moroccan enclaves of Ceuta and Melilla. This was in addition to tackling many other interesting topics in business, society and culture as well as showing a great interest in literature.

Before The Casablanca Analyst, there was already an English language newspaper in Morocco on the internet. The Morocco Times was started on November 22, 2004 as an internet based newspaper. The Morocco Times was under the ownership of Group Maroc Soir; one of the major publishing houses which owns several newspapers and online titles in Morocco. Unfortunately, The Morocco Times ceased publication at the end of October 2006, a few weeks before its second birthday. The reason behind this decision is still unknown. Group Maroc Soir is a strong publishing house which owns official and semi-official organs of the government, notably the pioneer French daily Le Matin and the Arabic title Assahraa Al Maghribia.

The new kid on the block, Morocco Mirror, claims that it was launched to fill the gap left by the closure of The Morocco Times and to compensate for the lack of professional Moroccan-English newspapers either online or printed.  In fact, a search of the internet shows that there are many professional players in the media market and in the social media sector.  Some are based in Morocco, while others are overseas with reporters in Morocco. Major players include the widely read Morocco World News,  and the Morocco News Board.

Covering the entire Maghreb are online publications such  as Magharebia . This is an AFRICOM sponsored online news web site dedicated to coverage of North Africa. Online since Oct 2004, it is the only regional website that publishes identical content in three languages; Arabic, English and French. Magharebia allows visitors to comment on its articles and translates visitor contributed comments into Arabic, English and French.

Surprisingly Morocco Times is not extinct – journalist Zakaria Rmidi still runs a blog by that name, although publishes intermittently. Another site, Morocco Newsline appears not to have published since May this year.

A more impressive online site is Yacout Info which has a fresher appearance and offers more original content.

Hardly none of those e-newspapers available, apart from the website of State press agency (MAP), report from inside Morocco. Actually, at present, Morocco Mirror is the only Morocco-based English Daily.- Morocco Mirror Press Release

The Morocco Mirror claim to be the only English daily is bold. The biggest problem they have is that their content is the usual  mix of AFP, AP and MAP stories with, unfortunately, very little original content. A quick check of their Opinion section shows only one story (published in September), which was written by Michael J Totten and previously published in the American World Affairs site. The Interview section has only two stories, both of which are from other sources – yabiladi.com and the Vancouver Observer. What is more disturbing is that, although credit is given to other sites, there are no links to the source of the material.

According to the press release, the Morocco Mirror team “constitutes of highly qualified journalists and translators who enjoy a long experience in this field. Some of them used to work with Morocco Times. They are scattered in different Moroccan cities to guarantee a broad coverage of events. The majority are based in Casablanca and Agadir.”

The team at The View from Fez welcomes Morocco Mirror and wishes them well. We will be following their progress with interest. You will find them here: MOROCCO MIRROR