Conspiracies and Prejudice: Getting A Grip 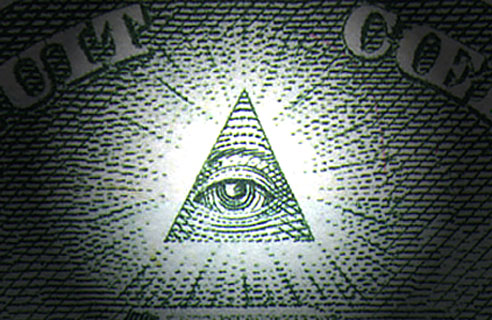 There’s an interesting commentary in Arab News today on the power of rumors in Saudi society. The article notes that it’s young people new social media who are susceptible to hearing what they want to hear, no matter how distorted or inauthentic the message. I’d argue that it’s not just the young: it’s the older people, too, who will believe any sort of nonsense if it confirms their original biases. This includes fantastic stories about spying vultures, the power of the CIA, and all the ‘hidden hands’ holding the levers of power behind all the curtains in the world.

Dealing with rumors is difficult—handling them was a big part of my job for 25 years. It’s not enough to say, ‘people will be people’ and walk away sadly shaking one’s head. Rumors can dangerous, far more important than missing a day or two of class. People are killed because of rumors, however untrue.

I was lucky, I guess, in that my parents told me, from childhood, to ‘consider the source’ of something I read or heard. That encouraged me to be skeptical, but not cynical. Particularly if a rumor told me what I wanted to hear, I was told, I should check it out. Later in life, I had the experience of dealing with rumors ripping up and down the Gulf, started by a false report of a helicopter filled with journalists being shot down somewhere in the region. For eight hours, I handled phone calls that morphed tremendously with each iteration, identifying the dead, detailing the incident, identifying the perpetrators (variously Iranian or Iraqi). But nothing in reality had happened at all – there was no crash. Not a single thing beyond a rumor started who-knows-where.

Rumors like 4,000 Jews didn’t go to work at the WTC on 9/11 or depleted uranium causes massive birth defects in Iraq’ poison discourse. They do nothing to deal with real issues, instead distracting people and feeding their prejudices. If information is to be shared, people need to recognize that they have a responsibility to verify its authenticity before passing it along. If they’re hearing it through chain e-mails, tweets, or SMS, they owe it to themselves and their fellow men to not feed the animals that inhabit all our inner beings.

JEDDAH: With modern technology developing fast, news also travels fast and so do rumors, something that Saudi society is particularly receptive to.

Rumors started toward the end of the Haj holidays that the Kingdom’s schools would not open for another week. While many people believed the rumors, others questioned their authenticity.

The problem is so poignant that sometimes government departments are forced to issue press releases denying rumors. The phenomenon is problematic because the youth are easily influenced, especially when they receive such rumors through e-mails and Facebook. People in the Kingdom are very naive and fail to investigate reality.

Rumors spread when people receive news and then forward them to friends without checking their authenticity. Some of these rumors are related to society, education and religion.

… According to Kateb, the Kingdom’s younger generation is very naive and believes everything they hear or see without verifying first.