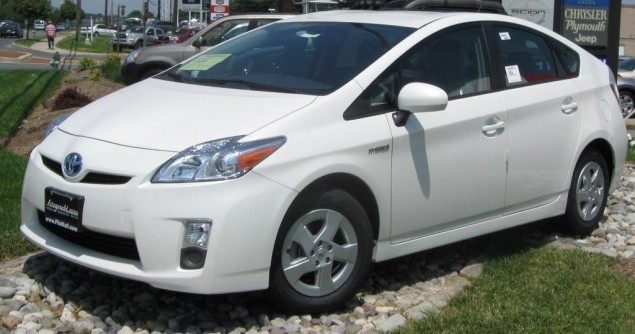 Jamal Dawud is nervously waiting for a cargo ship to arrive at the Port of Aqaba. His Toyota Prius is scheduled to reach Jordan any day now. Dawud’s brother shipped it from the United States to help Abed lower his gas consumption and save money on a new car purchase.

But neither expected gas prices to soar as they have.

Jordan’s once subsidized fuel prices expired earlier this month, and caused fuel prices to increase by 12 percent to match the price on the global market. With the indefinite price increases on petrol, household gas, cab fares and more, some Jordanians are looking for a long-term solution for their daily transportation needs.

In 2009, the Ministry of Environment initiated a tax reduction program on hybrid cars to stimulate local hybrid car sales. The full tax exemption on hybrid cars went defunct, only to be revived again three years later. This time, the government implemented a 75 percent tax reduction on small-engine hybrids.

“The program is very beneficial for me,” Dawud said. “I’ll only be spending half of what I used to on gas.”

But the program that had already once previously failed to achieve its environmental goals in 2009 may be hurting local dealerships’ businesses this time around.

With increasing awareness and shipping opportunities, more Jordanians have grown compelled to import hybrids from the U.S. instead of buying locally.

According to the Jordan Customs Department, in 2010 over 14,000 hybrids were imported into Jordan.

“Why spend more money when you don’t have to?” Dawud asked. “If I can import my own car for much cheaper than it’s selling for here in Jordan, then I will.”

In 2009, Jordan pledged to have 10 percent of its energy from renewable resources by 2020, as country leaders hoped its citizens would develop a greener conscience. So the Ministry of Environment launched the complete tax-exemption program for hybrid cars with environmental concerns in mind.

Though Jordan’s carbon footprint is relatively small, global warming remains a serious concern for the country. Because Jordan is the world’s fourth poorest country in water resources, climate change could threaten to reduce water levels even more.

The Toyota Prius emerged and gained popularity in Amman. In 2010, Central Trade and Auto Company, a Toyota dealer in Amman had a month-long waiting list to buy one of the six Priuses they received every month.  Over 5,000 Priuses were imported that year alone.

“People were slowly learning about them, but they liked the hybrids,” Central Trade and Auto Company’s Ikhlas Hatttar recalled.

Business owner Maysa Al-Khatib purchased her Prius for $42,000 (JD 29,000) before many Jordanians had ever seen one.

“I liked the way it looked more than anything,” Al-Khatib recalled. “And I saved a lot of money by not paying taxes. It made more sense to buy this car and not pay more for the car or for the gas.”

But what started out as a promising program soon failed, as people took advantage of the ambiguous purpose of the program and cheaper car prices.

Dealerships also struggled to sell their pricier cars to make room for the hybrids, so their orders for hybrids were denied as consumer requests piled in. With a lack of supply in the market, the program couldn’t succeed.

“If there is a regular Camry and a Camry hybrid, many people will want the hybrid,” Hattar said.  “It is cheaper than the other cars on the lot.”

But what proved to be most damaging to the dealership industry was the amount of hybrids coming into Muntika alHurra, Jordan’s Free Zone, from outside countries.

“This is what is really hurting the businesses now, “ Hattar said. “Many people know they can find these cars in Zarqa for a much cheaper price. They are used cars, but their cheap prices encourage people to buy from there.”

Zarqa, a smaller city outside of Jordan’s capital, has a free zone that was established to promote transit trade without having to pay the usual fees and taxes. Products arriving in the Free Zone are treated like goods outside of Jordan. Hybrids have been coming in rapidly.

Hani Nashwan works at Zarqa Free Zone, selling cars at a discounted price. He doesn’t sell anything older than a 2007 model, complying with this year’s law that places a five-year age limit on imported automobiles.

“The customs are low,” Nashwan said. “Since August of this year, we have sold 704 hybrids.”

Currently, a 2010 fully loaded Prius will cost a Jordanian buyer about $26,000 (JD18,000) which is still much more expensive than Dawud’s personally imported car for $16,000. In a country where it is quote common to sell goods in dinars for their dollar price, used car dealers are profiting thousands as they manage to be the cheapest local option.

Roughly 65 percent of Zarqa Free Zone’s hybrid cars are imported from the United States, while the rest are from Europe and surrounding areas.

Most of the cars are used, but in decent condition, as they must conform to customs and importing policies.  Yet many of the cars are bought for a fraction of their worth at U.S. used car auctions, and hold salvaged titles. Once repaired, they are sold for thousands more than they were purchased.

“The government is selective towards what kind of cars we are importing, so we mostly have cars with minor hits,” Nashwan said of his business. “People would much rather buy them from us than spend more.”

With so many uninformed potential hybrid buyers in Jordan, the chances of them looking into a car’s history is slim.

“A buyer can find out everything about the car they want to purchase,” Dawud said. “Do they check? I would say no.”

Nashwan’s business sells car parts for hybrids, but in a country where hybrids are relatively new, repairs are costly and often go unfixed. Anticipating this, Dawud repaired his damaged Prius in the U.S. before having it shipped out.

As he waits for its arrival this week, he considers asking his brother to purchase more Priuses from a U.S. auction and selling them in Jordan before his window of opportunity closes.

The government has not announced if or when they will be ending the tax-reduction program. As it becomes more apparent that dealerships stand to gain little, some speculate its end is near.

“If everybody likes them here, maybe I can make some money,” he said with a smile. “I know most Jordanians won’t pay more at a dealer. Maybe they can come to me.”

Sawsan is an Arab-American freelance reporter and is currently in California. She has a Bachelor's degree from UC Davis in International Relations, with minors in Communication and Middle East South Asia Studies. When Sawsan is not in the U.S., she is freelancing in Amman, Jordan.