Surely Some Mistake? Dubai Runs Out Of Petrol 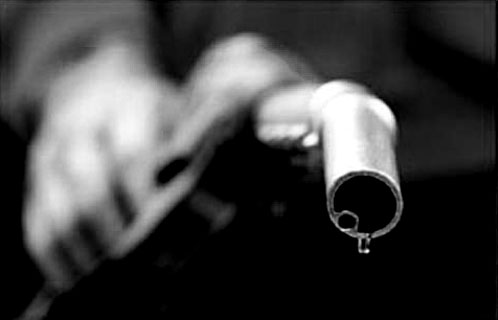 You couldn’t make it up, could you? Dubai, part of major oil producing nation the United Arab Emirates, has run out of fuel. Seriously. Look, it’s in a real, honest-to-goodness newspaper: Dubai’s super-smashin’ tabloid Seven Days.

Gulf News, BTW, filed the story as a brief, linked here, nestled at the bottom of page 28 in regional business news.

Now to be honest, this isn’t first time we’ve seen one of the world’s richest oil producing nations running out of petrol. I’ve posted in the past about how ADNOC – the Abu Dhabi National Oil Company – caused massive queues after its pricing policy meant it literally couldn’t keep up with demand. And Emarat has had similar problems in the past – last year, queues at the company’s pumps were caused by shortages, with explanations differing apparently – This story in GN last year contained this telling quote:

“Emarat is finding it difficult to get bank loans to enable it continue to sell petrol below cost, so it’s trying to ration the limited quantity of gasoline it has. The company is incurring a daily loss of about Dh2 million due to the subsidy on the fuel and compensation from other businesses such as convenience stores isn’t enough to cover the losses,” an Emarat source told Gulf News.

A later version of the story was filed over six hours later. It’s the same as the story above except it cites ‘technical issues’ rather than the subsidy issue discussed in the earlier version of the story. The later file is linked here.Whether the issue was ‘technical’or not, GN appears to have accepted the later explanation given by the company of the shortage being caused by a: “technical problems in the logistics supplies of gasoline product in the major reservoirs.” rather than the juicier subsidy angle and look forward to ‘clarification’ at Emarat’s convenience.

Gulf News’ piece online yesterday gave no reason for Emarat’s shortages and 7Days notes Emarat wasn’t ‘available for comment’. We can only assume ‘technical issues’ are once again to blame.

As usual, it’s the poor old cabbies who are getting screwed over the most. Dubai Transport cabs are restricted to filling up only at Emarat stations, so they’re getting increasingly desperate as their fuel gauges hit ’empty’ and the forecourts do the same.