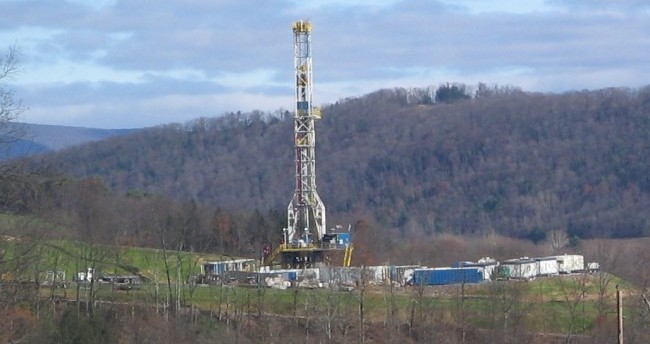 With oil and gas exploration on the rise, Saudi Arabia may just have some steady competition to face in the foreseeable future.

Until recently, Saudi Arabia held the top spot for the number one oil producer in the world, a title that has been swiftly claimed by the United States due to the surge in production of its shale gas reserves. Saudi however, remains the number one exporter of total petroleum liquids in the world, with oil exports accounting for nearly 90% of Saudi’s annual export revenues.

For nearly three decades, the Saudis have wielded considerable influence in the global oil market.  The country has had an unparalleled ability to influence the oil prices by increasing, and decreasing its production and exports as and when it feels necessary. However, with the shale gas revolution gaining considerable popularity in markets such as the United States (a top trading partner of Saudi, accounting for 16% of Saudi’s oil exports per annum), there could just be a new player in town, unhinging Saudi’s top spot as the ‘oil kingpin’.

With shale gas production in the US said to be at an all time high, the International Energy Agency (IEA) predicts that the US will also claim the top spot as the world’s top oil exporter by 2030. With continual advancements in technology, shale gas exploration and extraction has become significantly more cost effective and viable.

Saudi also faces a growing threat from its main trading partner, China, who it considers to be the most important strategic market for its oil exports. With China said to have the largest shale gas reserves in the world, it is yet to be seen how they will leverage such a position to their advantage – however, development of China’s shale gas reserves could have a crippling affect on the Saudi economy, and the energy-economic partnership between the two countries.

With annual oil exports to China currently standing at nearly 20%, Saudi could see a huge decrease in its oil revenues should China decide to develop its shale gas reserves in order to help ease its own resource burden.

Concerns have been openly raised on the home front about how the rise of shale gas exploration could influence global oil markets, moreover, Saudi oil markets; with Prince Alwaleed bin Talal urging government to reduce its reliance on crude oil revenues, encouraging the development of other resources in order to diversify the countries income. Prince Alwaleed has also insisted that the government needs to explore other resource avenues, such as nuclear and solar energy production, in order to sustain the country’s own growing demand for oil and gas.

The Saudi government has however taken some initial steps (albeit relatively small ones) towards diversifying the economy, with financial investments into the aviation, service and technology sectors; however, it is unlikely that the return on the investments from these sectors will ease financial reliance on the oil sector.

While Saudi continues to work towards becoming a global energy hub, continual divides grow amongst top Saudi officials as to whether the threat of shale gas is enough to topple Saudi’s top spot.

Whether the shale gas revolution will offer an affordable and sustainable alternative, or merely have a short-term affect of unhinging Saudi’s global monopoly over the oil industry is yet to be seen. However, in any economy, complete reliance on any one sector is an inevitable threat towards maintaining a solid market economy.