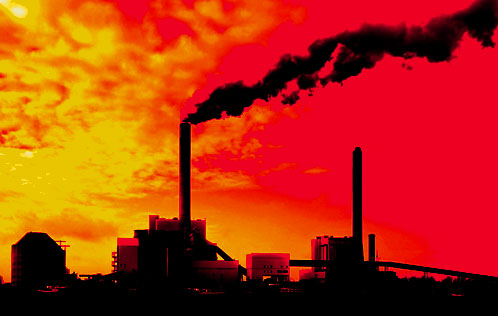 Chatham House, the UK’s top think-tank, has a new report saying that Saudi domestic demand for energy (primarily in the form of electricity) threatens Saudi Arabia’s place in the world oil market. The report (59-page PDF) says that demand is outstripping the Kingdom’s ability to produce enough oil and natural gas AND to continue its programs of social welfare at the same time. The report says that there are some steps the Saudis can take, such as introducing conservation measures, that could postpone a crisis, but that the crisis will hit.

Below is an abstract of the article…

» Domestic energy demand growth in Saudi Arabia is cause for international concern. If it continues at the current rate, it could jeopardize the country’s ability to stabilize world oil markets.

» Given Saudi Arabia’s level of dependence on oil revenues, excessive consumption will cause economic and social pressures long before oil exports end – within a decade if nothing changes.

» Current policies are not enough. Planned additions of renewable power supply would help maintain the fiscal balance for an additional two to three years; given the lead times nuclear power would have little or no impact.

» Huge economic, social and environmental gains from energy conservation are possible in Saudi Arabia but the long period of low prices and the bureaucratic structure of the state present several challenges to implementing effective pricing policy and regulatory measures.

» Fear of confronting these challenges has deterred meaningful government action in the past. However, some immediate, targeted investments could produce effective results even in the absence of price reforms.

» Raising prices is politically difficult but international experience can help in preparing society through a range of efficiency, educational and infrastructure adaptation measures to smooth the transition. This must be done within a package of measures that increase private-sector employment for Saudi nationals.

I think the authors overestimate the time it would require Saudi Arabia to construct and put on line nuclear reactors.

The Kingdom does not have a massive regime of regulation, of environmental impact statements and the like, or of worry about finding funding and insurance for a nuclear power plant. In fact, I think the Saudis could, starting from scratch, construct a reactor and have it producing electricity within three years… if it chose to do so.

Saudi Arabia also doesn’t have to undertake extensive R&D efforts: it can buy a nuclear power plant almost off-the-shelf. Further, I think GCC efforts to establish a regional power grid will buy time, if not an outright solution, until nuclear power generation becomes standard. Saudi solar power investments will help, but they will not replace other power sources until solar technology becomes much more efficient.