Expats “A Drain” on Saudi: The Debate Continues 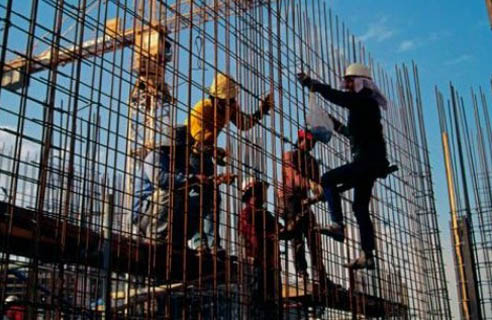 Arab News translates a provocative—to say the least!—article from Arabic daily Al-Riyadh. Writer Mazen Al-Sudairy is musing about the role of expatriates in Saudi Arabia. To do so, he offers contrasts between the American (and Western, in general) and Saudi Arabian ethics and the basis of their political systems. He either misreads history and politics or has been severely damaged by post-colonial rhetoric that abounds in Arab education.

As far as the US goes, I think a reading of the Declaration of Independence—a foundational document if there ever was one—spells out pretty clearly that ‘justice’ is a primary goal. The words ‘capital’ or ‘capitalism’ do not appear in the Declaration, not even once. Nor are the words ‘efficient’ or ‘efficiency’ there. What there is, however, is discourse about individual freedoms confirmed by the Constitution written a decade later.

The US system and the Saudi system are vastly different, of course. One is based on the premise that the individual human being is the focus of government action. The other is based on an understanding of man’s role in the universe as revealed in a religious text and premised on the good of society, not the individual. Which one better promotes ‘justice’, I suppose, depends on whether you’re looking at what’s good for anyone or good for everyone. Reasonable minds can argue, but they cannot make categorical statements.

Somehow, the writer finds it more just that expats in Saudi Arabia pay no income tax as those in the West do. Well, no Saudis pay income taxes either! Saudi companies may be taxed, but individuals are not, at least not beyond the 2.5% zakat which is not collected by the government, but paid willingly by Muslims. The writer then complains that expats in Saudi Arabia are a drain on the nation’s resources, utterly ignoring the role expats have played in developing the country from the ground up, whether in first extracting oil or building every inch of its infrastructure.

Perhaps the most ironic part of his commentary is that while Western countries have well-established routes for expats to become citizens, there are very few paths to citizenship in the Kingdom. Those that do exist depend utterly on the whim and will of Saudi nationals, not clear-cut laws and procedures. That is a rather large justice deficit in my book.

I don’t know whether Arab News translated this piece because they thought it a useful addition to the current debate about expat labor in Saudi Arabia or because they wanted to stir the pot. I’m hoping the latter as there’s not much useful, beyond yet another uninformed opinion, to be found in it.

Why do some Saudis hate expatriates?
MAZEN AL-SUDAIRY | AL-RIYADH

You may wonder why some Saudis hate the idea of expatriates becoming naturalized citizens or even their presence in the country. On the other hand, those who support the naturalization of foreigners cite the example of the United States where the process is very simple.

The US and Saudi Arabia are basically different in many ways. The US is a capitalist country with an economy based on efficiency, not on justice. A foreigner or immigrant is a means to increase the government’s tax revenue. The state does not provide free education and health services. Both citizens and foreigners have to pay an exorbitant price for all services. Even the insurance system is not cheap. On the other hand, Saudi Arabia is a country based on justice not on mere efficiency and aims to improve the welfare of citizens without looking for a profit. Education is free. Schools and universities are launched even in regions where the population is sparse and economically unfavorable. The state provides subsidies for food, medicine and power.

The economies of many countries in Europe such as France and Britain are based on justice.