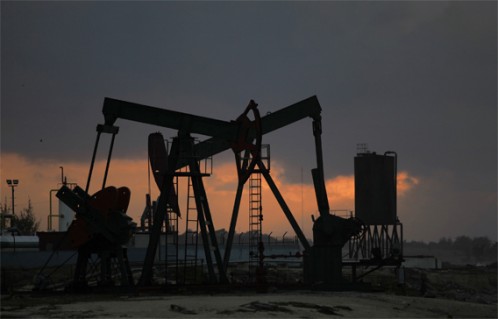 In my column last week, I voiced concern over the sustainability of the expansion of the Saudi welfare state vis-à-vis its new, significantly higher, oil target price ($100-$110 by 2015) required to balance its budget.

While the rest of the GCC states may well balance their budgets at lower oil prices, the conversion of Saudi’s oil strategy into a more hawkish one — similar to those of Iran, Venezuela and Algeria — will definitely intensify the geopolitics of oil. In short, with the exception of Oman and Bahrain (the GCC’s non-Opec members), the rest of the GCC now also operates in a higher oil economy. Ironically, they are both the beneficiaries of the recent Gulf Development programme.

Curiously enough, the Saudi oil minister said on Monday that the oil market was oversupplied. This was followed by Opec’s secretary general noting that there was a $15-$20 fear premium as the regional unrest is priced in. As oil continues to constitute a significant component of the GCC’s GDP, higher oil prices seem to be the only way forward in sustaining economic development and staving off social discontent.

But as argued last week, this puts the GCC’s economic growth requirements in direct conflict with the needs of the world’s net-consumers of oil. This I believe will further accelerate the drive for alternative and renewable energies. It is for this reason that the Gulf must find new ways of addressing its populace’s socio-economic needs. I believe the solution is a combination of stimulating entrepreneurship, privatising non-core sectors and developing world-class soft and hard infrastructure.

Entrepreneurship, often viewed as a makeshift descendent of Corporate Social Responsibility or public relations, continues to baffle and spook public officials. After all, how can a college kid be smart enough to start a small business that can eventually develop into a supranational company — that seems to not only discount, but even dismiss, the role of the government.

A combination of these concerns makes governments fairly antagonistic to the spirit of entrepreneurship. The reality however is that entrepreneurs aren’t interested in competing with governments, let alone undermining them. If anything, entrepreneurs are in constant intellectual competition with themselves. Many have damned privitisation as the free market’s most evil innovation.

Just like some countries can provide specific services and products better than others, so can the private sector. What many have been upset with all along is the governments’ ill-advised execution of privatisation deals. Privatisation is also criticised for increasing the cost of living.

Again this is true when it is done in esoteric isolation and is not part of broader economic reform plan that would increase  society’s income generation. In other words, you can’t have more competitive services without having a more productive population.

Privatisation shouldn’t be pursued by governments just to relieve themselves of cost burdens but to also allow for those freed funds to increase the population’s general productivity through better education and vocational training.

Finally, an investment in soft and hard infrastructure would allow entrepreneurs, privatised public interests and foreign investments to operate in an environment that is both safe and competitive. Dubai has been an example of how investment in infrastructure has gone along way to ensuring its competitive advantage as a place to do business. However, improved education, research and health-care services continue to be a challenge for the Gulf as a whole. Equally important is the lack of dynamic regulatory institutions and a sophisticated judiciary.

For all their fears of free markets running amok, GCC governments must recognise that loss of ownership doesn’t necessarily mean total loss of control. If anything, they should prefer to have the private sector grow GDP while they stimulate and regulate that growth as needed.

Efforts to continue to own and operate most of the economic engines will only stifle innovation and serious diversification, thus keeping us firmly dependent on oil for the foreseeable future while the rest of the world is trying to move away from it as fast as they can.