Dubai Expo 2020: Worth Fighting For 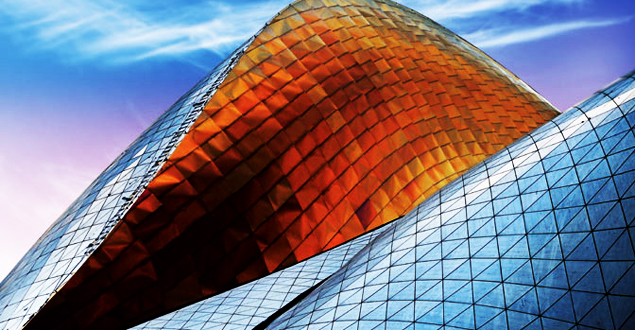 Sounds fascinating – another exhibition. I can’t wait. Now, now. If Dubai wins the bid to hold the expo it would be extraordinary. The Expo – or World Fair – works very much like the Olympics in drawing in visitors from across the world, highlighting a city and its accomplishments (social, economic, cultural) for its duration (six months), and stimulating the economy through tourism, infrastructure build, etc. Dubai has said it will spend between $2 to $4 billion on infrastructure should it win. It would be a significant, significant boost to Dubai – economically, socially and in terms of global recognition.

Can you put a figure on that? Play fair… I can quote a report. A February, 2011 study by Beacon Economics found that holding a World Expo in the United States would bring an additional $6.1 billion to its economy, 25 million visitors with 8.3 million new airplane passengers, generate 45,700 new jobs and net $0.5 billion in tax revenues.

It’s not all about the money though? In PR terms no – each bid is supposed to have a theme that does the world some sort of good. China’s was about sustainability. Dubai’s is about connectivity and global integration. The event is supposed to be more about culture and meaning than pure commerce, and in fact many innovations and iconic landmarks have been left behind by world fairs – the Eiffel Tower for example.

Many cities that have held the Expo have experienced all sorts of intangible and unexpected benefits. San Diego became a naval town after it held the event in 1915 – a legacy not built into any plan, but whose contribution to its economy has been vast.

So will Dubai win? We think it has a good chance if the members of the Bureau International des Expositions’ (BIE) look at legacy. China said it spent $4bn on its World Fair held in 2010. However, add in the infrastructure spend, and analysts say it came closer to $56 billion. To make that kind of investment work, the infrastructure that will be built has to really make sense to the city and its future growth.

In Dubai’s case the projects that the infrastructure would utilize are already planned and in fact being built. The event would take place at Exhibition City, a 400 hectare project which is right next to Dubai World Central – which will itself be fully operational by… 2020. Dubai has set itself the target of 15 million tourists by 2015. It’s a little behind that figure. The Expo would shine a high voltage spotlight on the Dubai. Tourists would, in theory, begin to swarm like moths.

It’s like a missing piece of the jigsaw puzzle. Dubai is building it. The Expo would bring the world to Dubai to buy into it.

That’s not the only strength of the bid of course. Like China which won the 2010 bid, the GCC is an area the world is very interested in. As a group, it has a higher budget imbalance (in its favour) than China, and it’s not afraid to use it. Infrastructure projects are going on across the region. Two years after the Expo Qatar will be hosting the World Cup, for example. Building will be reaching fever pitch.

So, how many people come exactly? As an average between 35 to 45 million people come from across the world visit each Expo. For Shanghai 192 countries and 50 international organizations were represented. By its end, more than 73 million people had visited, beating the previous record of 64 million in Osaka in 1970, with as many as 1.03 million on just one day – 16 October, 2010.

Who is it up against? Stiff competition actually. The contenders are:

When will we know?  You have a wait. Dubai is making the second of five presentations it needs to make next week and the members of the Bureau International des Expositions’ (BIE) will cast their vote after the final presentation, sometime towards the end of 2013. Basically, don’t hold your breath.

One Response to Dubai Expo 2020: Worth Fighting For