A more balanced federal budget benefits us all 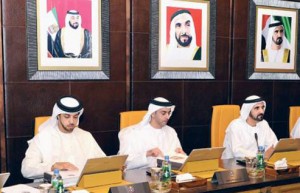 The news this month that the various emirates do not contribute evenly to the federal budget should not have come as a surprise to many Emiratis.

In 2010, Abu Dhabi will contribute Dh17 billion of the Dh43.6 billion total budget and Dubai will allocate an additional Dh1.2 billion, according to figures published in The National. The remainder of about Dh25.4 billion will be paid by the revenues earned by federal bodies.

The Northern Emirates must understand that what they invest in the federation will only be multiplied in the most positive sense in terms of the value created by federal expenditures. If an emirate contributes even Dh100 million, the “return” provided by federal ministries that spend more than Dh43 billion each year will more than make up the expense.

But how can the country cover a federal budget shortfall of Dh18.2 billion, which is now carried by only Abu Dhabi and Dubai? One way of generating cash flow would be through the introduction of a tax regime. The issue of personal income taxes may be far too sensitive and complicated due to the bureaucracy needed to ensure that individuals declare their real income. But there is one group that is already declaring revenues – publicly listed firms.

In 2009, the top 25 listed firms in the UAE by market value registered profits of nearly Dh35 billion, according to Bloomberg. If a 10 per cent tax on the profits of these listed companies was levied by the federal government, it could rake in about Dh3.5 billion.

A great step forward was taken in November 2007 when Sheikh Khalifa bin Zayed, the President of the UAE, issued an Emiri decree to establish the Emirates Investment Authority (EIA). Led by the savvy Emirati investor Sheikh Mansour bin Zayed, the EIA looks after federal government holdings in more than 30 corporations, including Etisalat, Du, Gulf International Bank, United Arab Shipping Company and Gulf Investment Corporation. And in the wake of the financial crisis, EIA could play an even bigger role with a new and energised board of directors.

In terms of the individual emirates’ contributions to the federal budget, they should be calculated not just in terms of cash provided, but also include the costs of certain infrastructure projects in that total. The purpose of this construction, which includes federal government buildings, is to serve the federation. It would encourage these kinds of key projects by acknowledging the contributions of the emirates’ to the union as a whole.

The 2008 figures for the UAE’s gross domestic product – the value of all goods and services the economy produced – provide some perspective on the size of the individual contributions of each emirate to the federal budget. In 2008 the country as a whole registered GDP of Dh934 billion with the share of each emirate as follows: Abu Dhabi Dh520 billion, Dubai Dh301 billion, Sharjah Dh72 billion, Ras Al Khaimah Dh16 billion, Ajman Dh11 billion, Fujairah Dh10 billion and Umm Al Qaiwain Dh3.7 billion.

Abu Dhabi’s contribution to the federal budget was in the neighbourhood of three per cent of its GDP. And it should be highlighted that Abu Dhabi also generously assists its fellow emirates outside the context of the federal budget. Dubai’s contribution of Dh1.2 billion in 2010 amounts to about half of one per cent of its 2010 expected gross domestic product of Dh254 billion.

There must be a mechanism after nearly 40 years of federation that would ensure an automatic process for collecting fees based on a specific percentage of an emirate’s GDP. Having each emirate contribute one per cent of its income is unfair to the capital, for instance. Therefore, a recalculation of the ratios that the various emirates ought to contribute may be essential until the federal budget is covered entirely by revenues of federal bodies.

All seven emirates must take the matter of uneven contributions to the budget seriously. It is a classic case of the more one gives, the more one receives. An automatic mechanism could be instated in which an emirate’s contribution would be calculated using the averaging ratio of the past three years’ income, for instance.

Paying even a symbolic amount to the federal budget would prove that the Northern Emirates are as involved as their wealthier fellow emirates. No one can expect the less wealthy emirates to contribute as much as the powerhouse of Abu Dhabi, but what we ought to expect is that each of us does our bit as best we can for the sake of the union.

This article first appeared in The National.