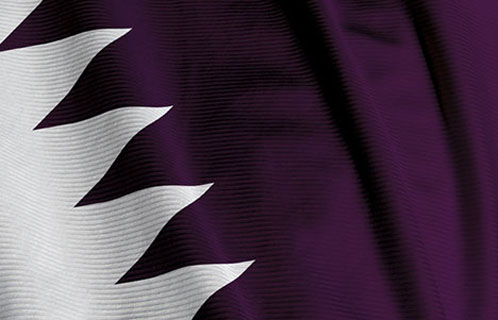 Human rights and labour activists have embraced Qatar’s successful bid to host the 2022 World Cup as a way to pressure the oil-rich Gulf state to improve the working conditions of its majority expatriate workforce.

With foreigners accounting for three quarters of Qatar’s population, foreign labor, primarily from Asia, will shoulder the burden of building the world class soccer, transportation and hospitality facilities Qatar has promised for the World Cup.

Street signs in the Qatari capital Doha read: “Don’t kill us, we are at work.” The signs are as much an admonition to vehicle drivers to be cautious as they are an appeal to Qatar’s population, many of whom have double-edged feelings towards the workers.

The workers are a necessarily evil, but over time they are almost certain to change the nature of society and make their impact on national culture and identity – a notion that sends chills down Qatari spines.

Unskilled and low skilled labor work in conditions of “forced labour,” Human Rights Watch researcher Samer Muscati told Canadian magazine MacLeans. Muscati asserts that unskilled workers earn $2,200 a year, working 12 hours a day. He says their salary is often less than what they were promised because of fees they owe to loansharking recruiters.

Worker conditions in Qatar do not differ radically from those in other Gulf states. Workers are often housed in poorly equipped labour camps far from the urban centers and their passports are held as a form of control by their employers.

A recent number of cases of female domestic staff in Saudi Arabia suffering rape, abuse and torture by their employers has also focused attention on the issue.

As a result, the activists’ focus on expatriate labor conditions is likely to affect not only Qatar as a whole but virtually all the Gulf states – Saudi Arabia, the UAE, Oman, Kuwait and Bahrain.

Some Gulf states like Bahrain and the UAE have started to review their labour laws and systems, at least for managers and entrepreneurs by looking at abolishing the requirement of a sponsor or local partner.

Activists hope that pressure on Qatar will garner support from soccer fans and force Qatar to improve the conditions of workers in a bid to avoid its image being tarnished. Some soccer fans have expressed concerns in advance of the 2022 World Cup about Qatari restrictions on alcohol consumption and its ban on homosexuality.

In anticipation of the criticism, Qatar has moved to improve facilities in housing complexes being built for workers who are constructing facilities for various foreign institutions, including Georgetown University and Virginia Commonwealth University. The two universities are among a number of prestigious Western educational institutions running programs in Qatar and building campuses.

Labor conditions are likely to figure high on the agenda of the Middle East Economic Digest’s MEED Qatar Projects 2011 conference scheduled for February 8 and 9 in Doha, the first such major gathering since Qatar won its bid for the World Cup.