Tunisian Media – It’s ‘Not Up to the Mark’ 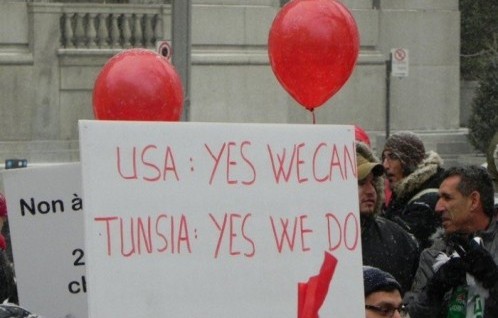 Immediately after the 14 January uprising, Tunisians experienced the illusion of a free and prosperous society. Tunisian journalists have enjoyed newfound freedom in print and broadcast media, which under President Zine el-Abidine Ben Ali had been tightly controlled. Although we accomplished much to be proud of, the illusion of what this newfound freedom meant for the media lasted mere days.

The media interpreted freedom literally: to say what they liked when they liked. Criticising government officials, even insulting them, has become quite common in television and radio talk shows and newspapers have become full of provocative, indecent content. Nobody understood that freedom required a sense of responsibility.

In fact, today we often hear people saying that the media is not telling them the truth about the political reality on such key issues as the country’s security, unemployment figures or political parties.

Nearly a hundred publications – daily and weekly newspapers and magazines – and a dozen local FM radios have been authorised to publish and broadcast since January. More than 30 licenses for new television channels were issued. Two high commissions were created to review the press codes that, under Ben Ali’s regime, shaped coverage, and stipulated fines and prison sentences against violators of the old media legislation.

These are some positive steps forward in terms of media freedom, but many opinion polls show that people are not satisfied with the emerging trends in media because they believe that the changes have not been for the better. The poll conducted by SIGMA Conseil, a market research firm based in Tunisia, revealed in late July that 85 per cent of Tunisians “are not satisfied” with the country’s media.

Even after the fall of the regime, the majority of journalists in the Tunisian media are still unable to tackle real issues like corruption and the economy, to differentiate between freedom and chaos, and to assess those businesses and investors who are corrupt but who, through advertising and buying large numbers of subscriptions, help their companies survive and thus keep journalists and editors in their jobs. In fact, 80 per cent of media magnates are still there and, though many media enterprises formerly owned by the Ben Ali clan have been shut down, it is impossible to put everybody in jail.

Ridha Kéfi, a senior journalist and member of the Commission on Media Reform, which was formed to investigate the administrative and financial corruption in the media sector, thinks it is “very difficult” for Tunisian journalists “to get rid of habits and practices, such as corruption and lying, that they have been used to for more than three decades”.

Kéfi, whose magazine L’Expression was prevented from advertising publicly before being obliged to close down in 2009 under the Ben Ali regime, also thinks that “the poor background of journalists, their reluctance to develop capacities, the pressure of everyday work and bad working conditions oblige the Tunisian media to just cope with these trends and avoid any clashes with their employers that might cost them their jobs.”

Similar experiences in many other countries, such as Georgia, Bulgaria, China and South Africa, show that weak transitions towards democracy have hindered the development of a free media. After 50 years of oppression, a singular voice and political party are very difficult to overcome overnight. Tunisia’s political elite and civil society have no experience dealing with transition requirements, and the media suffer so much from internal pleas that addressing the real questions of censorship and corruption become absurd.

Today, internal and public debates show that more journalists realise it is time to start anew with greater self-criticism and more in-depth self-assessment. Refusing to submit to any pressure compelling them to work in a corrupt world is a first step towards reform. Rejecting any form of government interference in their job is the beginning of their war against censorship. Taking the initiative and tackling the real problems of today’s Tunisia are essential for keeping the media free of out-dated issues and old-fashioned techniques.

Democracy cannot ensure a free media but a free media can help create a more successful democracy. One hope is that the market will eventually weed out incompetent journalists, thus creating a Tunisian media that is not only free, but also informative.

The January 2011 popular revolution in Tunisia is an opportunity to use bottom-up pressure for enabling legislation and an appropriate framework for an unrestricted but responsible media at a time when there is urgent need to break with the past.

Mourad Teyeb is a Tunisian journalist for Assabah and Kapitalis