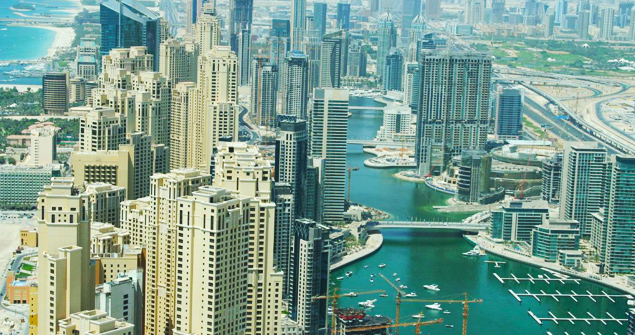 What’s the story? Sparks of life from Dubai’s real estate sector – rents and house prices are beginning to move in the right direction.

Yawn, so what? Well aside it being interesting for those in negative equity, and those struggling to pay mortgages, real estate is very much a barometre of where the country is on the economic cycle. So far we have been bouncing along the bottom, and have been for four years.

Dubai was also one of the first countries to move into a real estate crisis, so it could be a barometre for the wider region and stretching it a little international market.

So what do the experts say? Rental market yields in some areas, for some property types, are up.

Woohoo. Doesn’t exactly sound like the market is on the boil? No, but then rents are no longer appear to be going only one way – south – either. What it is is patchy.

Patchy? Yes. You’re less likely to see freefall in headlines over the next 12 months.

Didn’t I read earlier this week another report with generally positive news? Yes you did. Dubai was the world’s top performing real estate market in the first quarter of 2012, according to the latest Knight Frank Prime Global Cities Index. Dubai recorded a four percent rise between December 2011 and March 2012, the index showed, putting it ahead of the likes of Jakarta (3.3 percent) and London (2.7 percent).

Basically some areas have now hit bottom and you will see some rises, some will continue to see a degree further softening – i.e. falls. Think International City vs. Palm Jumeirah and appartments versus villas.

So, is now the time to buy, and buy to rent? For the brave investor, it could well be, but be careful where and what you buy. Clearly there is increasing activity from admittedly a low base: Residential unit transactions during the first quarter of 2012 totalled AED3.1bn, a nine percent increase compared to the previous quarter.

And where are we likely to see most demand? The highest increase in lease rates took place in the two bedroom sector at five percent, followed by five and six bedroom units which both increased by around three percent.

Developments such as Emirates Living and the Palm Jumeirah have shown positive growth over the last three quarters.

For apartments, the highest increase in Q1 was for one bedroom units, which grew by two percent while three bedroom units grew by one percent.

Within the emirate’s freehold areas, the highest increase in lease rates took place in the Greens at seven percent, followed by Downtown Dubai where rates grew by six percent.

Around 171,500 sq m of new office space entered the market during the quarter.

One Response to Dubai Real Estate Showing Sparks of Life