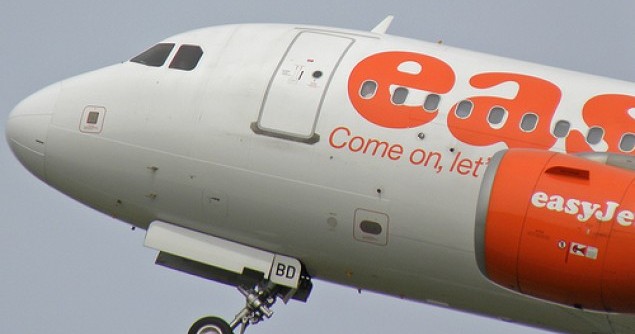 First it was Ryanair who announced the removal of about thirty flights to Morocco (see our story here) . Now it is Easyjet who have decided to suspend some flights from and to Morocco. As one newspaper in Morocco cynically observed this was a case of “contagion effect”.

Easyjet announced the elimination of flights to and from Morocco, and, like Ryanair, blamed ONDA (the National Office of Airports) for increasing taxes at Moroccan airports. It is especially the links with Spain that will suffer the Easyjet cutbacks. As a reminder, Easyjet operated on routes between the Spanish capital Madrid to Casablanca, Marrakech and Tangier.

The British company practiced promotional rates of less than 50 euros on flights to Morocco. For example, at the launch of Madrid-Tangier in February 2007, one ticket was available from 24.99 euros. Those days are now long gone.

Back on Thursday June 28th, Ryanair announced it was going to cut 34 flights to Morocco. According to the airline’s website the reason was a dispute over airport charges. The carrier claimed the Moroccan government’s airports authority had “reneged” on an agreement “by imposing a new monopoly handling company on Ryanair which would have resulted in a massive increase in charges for the airline”.

Just like Easyjet, the Irish company complains of increasing taxes for the use of Moroccan airports, but goes further. Ryanair considers that by passing this measure, ONDA has violated the rules of the contract that bound them. According to Ryanair, will result in fewer flights to Morocco and the loss of 100,000 tourists per year and cause an annual loss in tourism spending and job losses for the Moroccan economy estimated at 50 million euros.

In addition, last May, another low-cost airline, Jet4you, has ended it’s Casablanca-Paris and Paris-Fez flights, as a result of its merger with the Belgian company JetairFly. (See our story here)

Travel professionals are now expressing a sense of alarm. According to Benaazzouz Mohammed, director of the National Federation of Travel Agents, the loss of flights will certainly have a negative impact on domestic tourism. Already, in Marrakech the results are apparent. Even before this move by Easyjet, professionals were very concerned about the situation. Mr. Benaazzouz believes that, “In times of crisis, we must fight to prevent the removal of other flights and ensure the sustainability of Morocco as a destination”.

According to the Tourism strategists, more attention must be paid to air travel. “It is an undeniable fact, we need additional airline capacity,” says Fouzi Zemrani writing in his column published by Tourmag. Ali Kassimi, CEO of Link Travel, a travel agency specialising in the Anglo-Saxon market agrees.”Any tourism strategy cannot succeed without genuine political will. We need denser coverage including low cost, charter and regular,” he says.

If the government does not step in and sort out the mess that ONDA have created, then travel professionals say they will have to try and find alternative solutions. They are exploring several avenues, including creating a fund that would help subsidise the seats to tour operators (TO) who engage in charter.