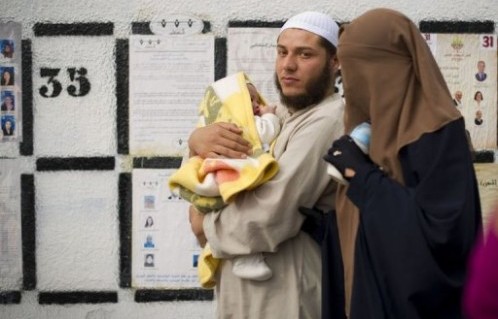 The Story?  Tunisia has staged its first general election since President Zine al-Abidine was forced to flee the country.

Good turnout?  Exceptional – more than 90 percent of the four million people plus entitled to vote went to the ballot box.

And the winner is? It’s not clear yet but the so-called moderate Islamist party Ennahada looks like being the leading party. It is likely, however, that they’ll have to form a coalition with one of the minor parties.

This would be the first electoral success by an Islamist party in the Arab world since….? 2006 when Hamas won in Gaza.

So what’s the order of business for the newly elected officials? Their first priority is to draft a new constitution to replace the one Ben Ali manipulated to entrench his power. The assembly will also appoint an interim government and set elections for a new president and parliament.