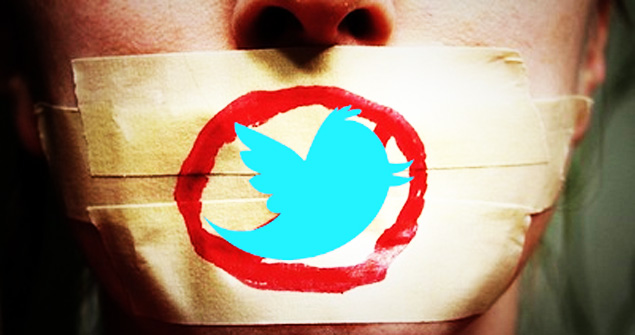 The past fortnight has been an unsettling one for bloggers, writers and activists in Oman. On June 4, a vague statement was released by the Public Prosecution announcing that the number of ‘insulting’ and ‘negative’ posts on local blogs and online forums under the pretext of free speech was on the rise. The statement went on to say that anyone caught engaging in such activities and spreading rumours that affect national security will be prosecuted.

A few days later, another statement confirmed that a number of bloggers and activists had been arrested for their online activities and that Omani authorities would not tolerate anyone who uses online platforms to insult, provoke and spread rumours.

The statements make no sense unless you understand what triggered them. Unfortunately though, the powers that be aren’t really good at sharing information. After doing a little research through the grapevine, I now have a general idea of who was arrested and why. Regrettably, I can’t share that information because then I would be committing the crime of – heaven forbid – spreading rumours!

What I can say is that on June 6, an odd piece was published in a local newspaper confirming that people were spreading negative rumours about our beloved head of state online. That type of criticism is taboo and we all know it.

Another disconcerting interview with the public prosecutor confirmed that they are keeping a watch on all social media platforms in Oman and that bloggers may spend up to two years in jail because the law is clear about such crimes. I tend to disagree. The law is not clear. What exactly constitutes negative writing or rumours? When the government doesn’t share information with the public, everything becomes a rumour. As a blogger, I found the recent announcements vague and a little intimidating.

If the authorities are going to go around arresting bloggers for their writing and denying them immediate access to their lawyers, then perhaps they should elaborate more on the fine lines between criticism and insults according to the Omani law. Those of us who value freedom of expression but who are not interested in breaking the law would like to know. In the words of a blogger friend of mine, “How can you threaten people with jail/fines without explicitly setting out what the boundaries are?”

Media publications and the Internet in Oman have always been censored. The protests last year sparked a national discussion about ways to improve this country and handle corruption. For a while, it looked like we’d cracked some major censorship barriers, but now it seems we’re back to square one. The days of going out into the streets to demand the removal of key government officials by name are over!

The Public Prosecution announcements were followed by an explosion of debate in the Omani blogosphere. Most bloggers openly condemn the arrests. Naturally, we’ve also made international headlines this week. A statement from Freedom House last week described the situation as ‘ a worrying indication of the deteriorating conditions for freedom of expression in Oman’.

Human Rights Watch called this flood of arrests ‘A campaign of intimidation’ and Amnesty International referred to it as a ‘blatant attempt to stamp out freedom of speech’. Rather embarrassing for Oman, don’t you think?

Do I believe it’s okay to post offensive content online? No. Do I think the heavy handed approach by authorities is going to work? Not really. So what’s next? Are they going to pull a Syria on us and block social media platforms altogether? You can’t silence people. Not after last year.

I care deeply for my country and its stability. I also believe in the validity of human rights. In the end, freedom of expression is a fundamental human right. If the government chooses to ignore that in order to maintain stability within Oman, fine; just educate us first about the law and about our rights. A little transparency goes a long way!

One Response to Crackdown on Omani Online Community