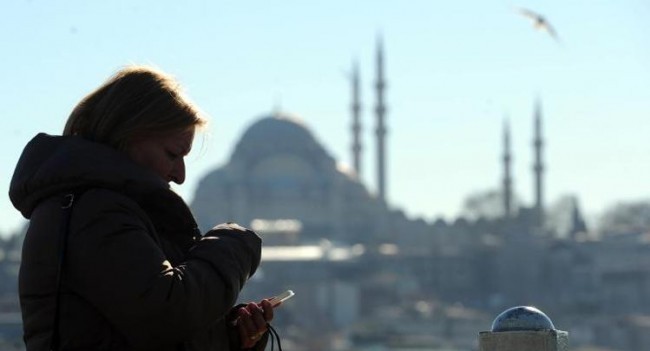 Trying to close down social media such as Twitter, Facebook and YouTube has been a desperate ploy of dictatorial regimes throughout the world. It doesn’t work very well, since typically users find workarounds.

But what is interesting is why authoritarian regimes make the attempt in the first place.

At midnight last Thursday, Twitter went dark in Turkey after the service was lambasted by Prime Minister Tayyip Erdogan. News of his massive corruption has been leaking out on social media, with damning audio clips and other evidence. Erdogan controls the old media– television and the print press– in Turkey, but has no way to stop the ten million Turkish Twitter users from sharing around the leaked material (which he maintains is fraudulent). So Erdogan said, “We Will eradicate Twitter.” Erdogan’s Justice and Development Party (AKP) is facing local municipal elections at the end of the month and it may be he hoped to close down conversations about the corruption issue in the run-up to them. If AKP does well in those elections, they will form a platform for his anticipated run for the presidency in five months.

If the audio clips are actually fraudulent, it should be possible for Erdogan to have forensics performed on them and to discredit them. In a democracy, you deal with allegations by debating them, not by trying to close down national discussions. Erdogan is demonstrating an increasingly troubling tendency toward dictatorial methods.

Erdogan’s clumsy attempt at internet censorship crashed and burned immediately. Turkish youth are sophisticated about using Tor and VPN workarounds, and the Turkish twittersphere was reconstituted so fast it probably made Erdogan’s head spin.

Let us just review past such attempts at censoring social media in the Middle East:

In 2009, Tunisian dictator Zine El Abidine Ben Ali attempted to ban Facebook in that country. The attempt was relatively quickly abandoned in the face of a firestorm of public discontent. 18 months later, activist youth deployed social media as one tool in their revolution against Ben Ali, which unseated him in January 2011.

On January 28, 2011 through early February of that year, the regime of Hosni Mubarak in Egypt attempted to turn off the internet in a fruitless bid to stop the building revolution against him. Some Egyptians still had access to international servers via satellite, so the ban was incomplete. But it anyway backfired on Mubarak. When youth could not text their friends in Tahrir Square and in other squares in major cities, they had to go physically to find their friends and assure themselves of their safety. So the crowds swelled to the tens of thousands, which aided the revolution.

In the wake of the February 17, 2011, uprisings against Libyan dictator Muammar Gaddafi, his son Muhammad, who was in charge of telecommunications, cut off the internet. But there was still cell phone service and SMS texting still worked. Moreover, Libyan youth set up media centers and got online with satellite internet services. Gaddafi was overthrown by a popular uprising in the capital of Tripoli in August, 2011, after which the internet was restored.

Syria’s one-party Baath dictatorship banned Facebook and some other social media in 2007. But ironically the regime restored social media access in February of 2011 under popular pressure, in time for it to be used to protest the government.

There is no instance in the Middle East of a successful government ban on Twitter or Facebook in the long term, and many of those leaders who proposed such a step were nevertheless overthrown. If Erdogan thinks he is