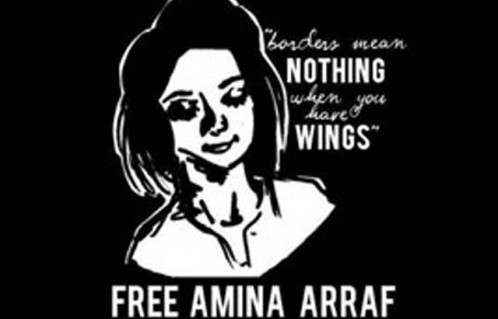 The elaborate fiction that was the blog “A Gay Girl in Damascus” by the fictional character Amina Abdullah Arraf al Omari left many feeling frustrated, betrayed or outraged. However, beyond the deception there is also a lesson to be learned about Western perception of the Middle East.

The real story is not about an American man posing as an Arab American lesbian. It’s not even about identity theft and its consequences for the woman whose pictures were passed off as Amina’s or even about the fact that the hoax endangered the lives of activists in Syria who have been enquiring about a fictional character. One could muse about Tom MacMaster’s motives – he has stated that he tried to “illuminate [events in the Middle-East] for a Western audience”— but it might be more interesting to reflect on the fact that the blog that stood out in Western media turned out to have been written by a Westerner. So rather than an interactive exchange between two regions, a monologue is taking place in front of the mirror.

Even before doubts about the Amina’s identity generated interest, this was one of the most prominent blogs picked up by Western media in the context of the current uprisings in Syria. Her arrest – a fiction to make the story more believable – made Facebook headlines and created a transnational movement of outrage that sometimes surpassed news of dramatic developments on the ground.

Part of it could have been the style of writing designed to appeal to a Western audience. It could have also have been that the fictional character was half American and, through her eyes, English-speaking readers felt they understood Syria better.

There is also the fact that it was about an Arab woman, that fascinating creature, often used and abused to mark all sorts of cultural affirmations. A marginalised sexual orientation also contributed to her cachet as an outsider. The oppressed yet courageous woman was the perfect starting point for a compelling story and yet we’re left with a blog that says more about its readers than about the region it supposedly represents.

Meanwhile, the “true” Arab world is going through the very real and physical process of standing up to repressive regimes. The mobs we see on television are actually composed of a number of unique individuals choosing to risk their lives. There are many different stories, a diversity of ideologies, different countries and different situations. Speaking on behalf of these people is a way of silencing them.

Social media today gives everyone with Internet access the opportunity to participate in shaping their own narrative; it’s a weapon against essentialist and generalist approaches that kill international understanding. The blog hoax points out how difficult it is to listen to the other, when it’s so easy to speak to your own reflection and ignore other voices.

The familiar is comfortable, but the familiar will not get you progress. The conversation between the West and the Arab world – both diverse regions, both complex entities – should take place on the basis of representative narratives that challenge what we think we know. One responsible group should be mainstream media journalists who, by fair and accurate reporting at the expense of sensationalism, could be real mediators rather than promoting conflict.

And obviously the Internet is a great tool with dedicated platforms nurturing this conversation. One interesting site is Meedan.net which translates articles from Arabic to English and vice versa.

But the Internet also raises an interesting question: How are we ever sure about the identity of the person behind the words? How can we know that the next Arab blogger that grabs our attention is not really an Australian psychologist?

Maybe there is no way, but we can at least accept and understand that there’s no reason to always look for familiar narratives. The truth is, while we will find common ground there are also differences, and challenging ourselves with the unfamiliar is what will nurture the dialogue.

Nada Akl is a freelance journalist from Lebanon pursuing a Master’s degree in the School of Oriental and African Studies (SOAS) at the University in London.