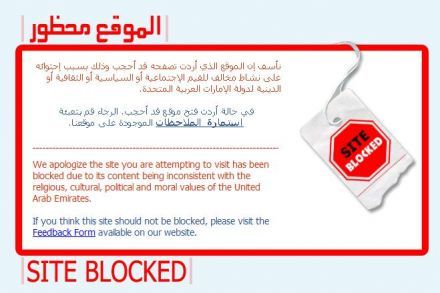 The next move in the transformation of the telecommunications industry would appear to be afoot – Skype’s off to the cloud (see this piece from TechCrunch). As eny fule no, Skype is currently blocked by the UAE’s telcos as it doesn’t hold an operating license in the country.

It’s already starting to seem a little quaint and old fashioned, this idea of issuing operating licenses to offer telephony services. It reminds me a tad of the good old days when I first arrived in the UAE to start a new business publishing magazines. I quickly fell foul of the Ministry of Information and during the rather painful interview with the Man From The Ministry, it became clear that he was a tad confused about where my ‘publishing house’ was. It was in the boot of my car, in the shape of a PC. Having been an ‘early adopter’ of desktop publishing in the UK, I didn’t need compositors, Linotronics, make-up artists, illustrators, designers, photo-editors and teams of writers.

Similarly, you don’t need massive buildings housing ranks of switches to sustain pay-per-minute circuit-switched telephony any more. The cost of the infrastructure required to support communication has plummeted and operators are springing up using low-cost wireless technologies rather than all that expensive last-mile copper and fibre. At the same time, IP telephony means that we can use the robust and high speed infrastructure of the Internet to support both voice and video calling. Increasingly number-independent with our online social identities, we can access each other freely now without having to pay dollars per minute for that access – or possibly without even having to know who’s providing us with that access. Apple, for instance, has been investigating the rather marvellous idea of the ‘simless mobile’, which would make Apple your telco, not the telco whose network you’re roaming on. Not surprisingly, Europe’s telcos have reacted with alarm at that one.

With Google and Microsoft both offering video calling integrated into their core platforms, as I’ve pointed out before, it’s pretty hard to actually block these sites the way Etisalat and Du both block Skype. But if Skype moves onto the cloud, it’ll be integrating with other platforms – TechCrunch, for instance, mentions LinkedIn but FaceBook has to be a top contender for Skypegration. However things develop, it rather looks as if blocking Skype will soon be No Longer An Option, because it’ll be like grains of sand flowing around a jar of marbles.

The question is how much longer the UAE’s operators will be snugly nestled in the cosy protectionism currently afforded them by the TRA. Because that protectionism is staving off the inevitable – and the inevitable, when it comes, may well do so with astounding speed.

One Response to The Future’s Coming, Please Tell the UAE’s Telcos