Steve Jobs: Arrogant Genius Who Made The Difference 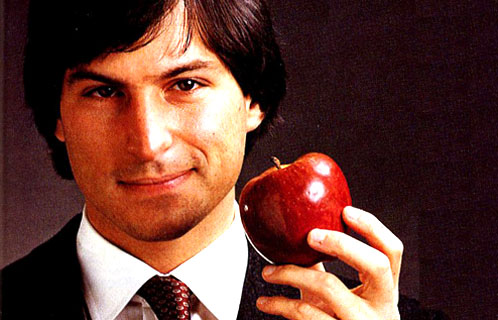 There’s little doubt Steve Jobs was an arrogant bastard. I’ve never met him (the closest I’ve got to true techristocracy was Ballmer) but the absolute certitude shone through in everything he did.

His drive and utter self-belief drove the people around him to create some wondrous things. I first encountered The Apple IIe microcomputer when I went to work for a startup computer music company back in the UK. That machine, the fruit of Jobs and partner Steve Wozniak’s early ‘home brew computer club’ innovation, helped to create a revolution. It brought millions of people into the information age – it was the first ‘proper’ personal computer system. In 1981, Apple was to welcome IBM to the desktop computer age with its cheeky and iconic advertisement, followed soon after by the iconic Macintosh, launched with Ridley Scott’s iconic TV spot.

It became all about icons. Jobs saw the work going on at Xerox’s Palo Alto Research Centre (PARC) and immediately grasped it was world-changing stuff. Xerox, in a moment of monumental knuckle-headedness, didn’t and closed the lab. Jobs hired the talent – and so did Gates. The two were each others’ nemeses, both utterly driven men who knew they were right. It’s just that Jobs ended up being righter. But now he’s dead, so it really doesn’t matter, does it?

PARC was where the WIMP (windows, icon, menu, pointing) interface was developed. Before PARC, all computing was text based. The world of mice and arrows brought a graphical way of interacting with computers and Jobs was the first to realise the significance of this new approach. Apple released the cludgy Lisa and then the stunning Macintosh. I remember my first encounter with a Mac, the little box with a screen in it happily reciting ‘Simple Semen met a peeman’ for me. The early text to speech software was not always brilliantly successful. But, again, Apple was way ahead of its rivals in even supporting such technologies.

Oddly, for a company that has always shunned any direct involvement in the Arab world, Apple was also a massively influential company in Arabic language computing and graphics. It would be years before Microsoft matched Apple’s Arabic language capabilities – and by then, every publishing house and graphic design studio in the Arab world was Mac based. It wasn’t to last: the Mac’s strong domination of design and desk-top publishing was eroded by the sheer weight of the Microsoft/Intel alliance and the IBM PC architecture. Scully came, Jobs left and Apple started its long, inevitable dive towards the heart of the chapter eleven sun.

Cast into the wilderness, Jobs pursued his certitude and created NeXT, a high-end workstation system with its own innovative operating system. Too expensive, too ‘out there’ for its time, it failed and yet the NeXT operating system was to be acquired by Apple and form the heart of the Mac OS X. Incidentally, the World Wide Web was developed on a NeXT system by Tim Berners-Lee, the man who put the hole in the toilet seat that was the internet.

In his forty days in the wilderness the graphically-obsessed Jobs also acquired the animation studio that was to become Pixar, selling it on to Disney for a cool $7.4 billion. He was many things, but our Steve was rarely hard up. You can perhaps start to understand how he got by on that famous $1 salary as Apple’s CEO.

But his crowning glory was his return to the company he co-founded. Jobs’ triumphal return to Apple must have felt like the ultimate vindication to the man who had all the answers all the time, but the company was on the very brink. In 1997, Apple was the Sick Man of Computing and it was arguably Steve’s old enemy Bill Gates who saved the day when he pumped $150 million into the seemingly lost cause that was Apple Computer Inc.

And then Jobs did something wonderful. He turned Apple into the world’ most successful company. Starting with the iMac, going on to create the iPod and then the iPad, Jobs’ mania for graphics and design were translated into products that were to revolutionise the way we consume what used to be called culture and today is called content. The iPod decimated the music industry, taking Apple from being a computer company into the mass consumer market. The iPhone toppled Nokia. The iPad has redefined the way millions of people consume information and entertainment. From a no-hope bankrupt, Jobs turned Apple into a company so successful its cash reserves eclipsed those of the US government.

The man who popularised icons, first with the Mac then with the iPhone and the iPad, Steve Jobs was himself an icon. His increasingly gaunt figure, wearing his trademark black turtle-neck sweater and jeans, became synonymous with smart, funky, minimalist innovation. I truly believe he is one of the most influential figures of the last century, a man whose impact on our society and culture will be felt for many years to come.

But I still think he must have been a total git to work with.