Social Media: Are Brands Getting the Revolution? 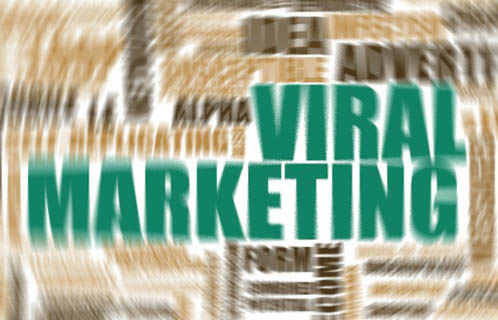 One noticeable, but unsurprising aspect of the ongoing political unrest in the Middle East and North Africa is the age of the activists. Unsurprising, because youth is normally associated with regime change – think the Young Turks and (young) Free Officers, or the student protesters of Tiananmen Square – and with the idealism that inspires such confrontations.

The MENA region is a young region after all. One-third of its 350 million citizens are below the age of 14. In fact only Bahrain, with 48 percent, has less than half its population under the age of 30 – most countries have 60 percent or more, with Yemen topping 70 percent.

This, coupled with increasing internet penetration, has meant that more young people in the region are interconnected online than ever before. Twitter, Facebook and YouTube have all experienced a stratospheric take up in the number of MENA users.

Last year, for example, the region’s internet growth stood at an astonishing 1,800 percent, against a world average of 430 percent! Estimates suggest that there are 30 million social media users regionally, with 15 million or so on Facebook.

Twitter has about 5.5 million users, with 40 percent of them living in the UAE. Saudi Arabia saw its Twitter audience increase by 240 percent last year. These are trends that are unlikely to plateau any time soon.  Young people, with common interests, likes and dislikes, are uniting online, recommending and reviewing products, people and places  – all at the click of a button.  They start trends that permeate across borders – a phenomenon that more traditional advertising and marketing struggles to achieve as effectively.

But while the potential for marketers and advertisers online in this region is huge, there is an underlying reticence by organisations and business to invest. For most companies in the region, traditional methods still remain the order of the day. The tangible nature of a TV commercial, radio or print ad is something that decision makers seem to believe is justifiable in expenditure terms.

The opportunity to use new media to promote a product or organisation is there, but the perceived lack of an obvious return on investment coupled to, perhaps, a lack of awareness of tracking techniques, make it a less preferable option for company CEOs at the moment.

Their fear is that, by handing the brand over to the masses of social media users, they will surrender ownership. Why would they expose their investment to the risk of an online panning?  However, when brands and products do go viral online, the rewards can be huge.

But, in the long term, Western and Arab brands will simply have to capitalise on this younger, technologically literate generation. They will achieve this by shifting from traditional advertising channels to online methods of consumer promotion.  While the new demographic has demonstrated its willingness to embrace new technology, it is the brand managers (and the CEOs they report to) who need to catch up with this massive, untapped new audience.

Reaching these consumers effectively and across such a geographically large area is the next challenge for advertisers. But we can expect to see more pan-regional campaigns targeted at the 16-34 year old age bracket and greater use of Arabic content social media to target the 30 million plus users already in the region.

Another of the ironies of the Arab Spring is the arrogant assumption that the groundswell of popular opinion could simply be stopped in its tracks by switching off the Internet. But it proved unstoppable, as people turned to their mobile devices to get round the disruption. They proved, in the process, that new media is to be embraced, not feared.

The path is now open for a Western-style consumer revolution in the MENA region, where a new generation will be more influenced by recommendations from social-network contacts and friends than by traditional marketing messages or by visiting company websites.

Allan Biggar is the Chairman of All About Brands plc, a group of marketing services company established in 2006. With 10 business divisions and offices in London, Eastern Europe, the Middle East and India, All About Brands plc is a fast growing group of businesses spanning public relations, marketing, brand strategy, design and advertising. Over two decades Allan has acquired an in depth knowledge of reputation management and communications within the commercial and political worlds. Allan is recognized as an expert on the Middle East market having lived and worked extensively in the region.

2 Responses to Social Media: Are Brands Getting the Revolution?