So What Is the Future of Political Blogging in Egypt? 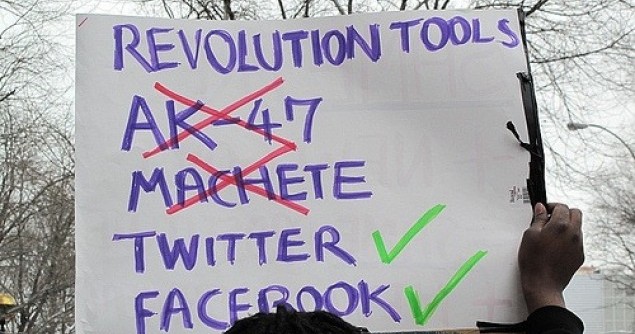 Social media and blogs play a crucial role in maintaining a diversified, vibrant and well-rounded public sphere in Egypt. Social media clearly played a large role in the Egyptian uprising and political bloggers and online activists helped create a dynamic public sphere online during and after the revolution. For many Egyptian activists, blogging has shifted from a part-time hobby to a full-time activity.

However Egypt’s vibrant blogging scene may be at risk.

Most online activists need funding to be able to carry out their activities professionally. Without conscious efforts to find viable funding models, this public sphere might disappear after the novelty of the 25 January 2011 movement wears down.

Social media provided a platform for the voiceless, an outlet for the marginalised and an alternative community for the youth who felt the mainstream media didn’t represent or engage them.

In a way, Twitter posts, Facebook pages and blogs created a parallel public sphere for once-marginalised voices. After online and offline public spheres merged as a result of the 25 January protests, popular online activists and bloggers who were previously unknown to the offline world were introduced to the masses.

Suddenly, grandmothers and uncles knew who Wael Abbas, Sandmonkey and Wael Ghoneim were. Blogger Samira Ibrahim made mainstream media headlines and online activists like Ahmed Harara were invited to speak about current affairs on satellite channels instead of the political analysts the channels usually hosted.

The public sphere’s range became more open to alternative voices that were able to express their opinions without censorship, government regulation or pressures from advertisers.

But, more than a year after the revolution the question remains — how long will this online engagement last?

A year and a half after the uprising, these bloggers are still maintaining high levels of activity online. And while the cost of using Facebook, Twitter and even some blogging spaces is virtually free, the ability to support oneself in the long run and continue to dedicate the same amount of effort and time to online activism is a different story.

There are various ways to support blogging. The most obvious strategy is advertisements. Bloggers have the choice of posting ads on their pages ¬¬— the more hits they have, the more interest they will generate from advertisers. However, monetizing blogs may mean yielding to the same capitalist pressures mainstream media face. Big advertisers can in effect exercise control over the direction, content and topics covered by media outlets because these outlets know that they will lose advertising revenue if their content doesn’t appeal to advertisers.

Fortunately, advertisers in Egypt are moving online, dedicating an average of 10 per cent of their advertising budgets to virtual marketing. The percentage is a considerable one, given online ads cost far less than conventional advertising on print, billboards or broadcast channels.

Also, the competitive advertising market might encourage bloggers to become more professional to attract the funds that will ensure their long-term sustainability. For example, they might have to adopt some of the stricter standards of objectivity, well-balanced reporting and fact checking before publishing. It will require meticulous fact-checking for accuracy before news is posted and encourage writers to give sources representing all sides of a story equal opportunity to comment.

Of course blogs, by nature, do not have the financial capabilities and resources that newspapers and other outlets might have, but if online activists want to monetize their blogs to be able to blog for a living, there are certain measures they will have to abide by to ensure their sustainability.

This movement towards sustainable, more professional outputs doesn’t have to take away from bloggers’ voices and opinions. It could simply mean representing reports as reports and opinions as op-eds.