Snow Joke: How to To Combat Travel Chaos 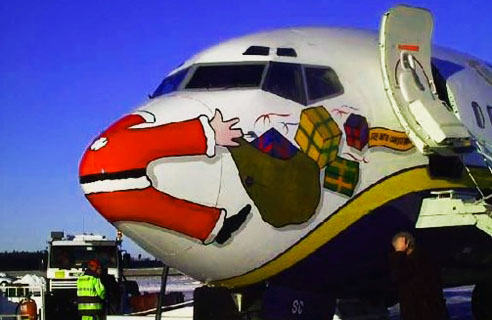 Having been caught out by that Icelandic volcano thing in the summer (Tikkipikkapukka or whatever it’s called), I thought that European airports and  airlines would at least have benefited from the very real learnings of the communications disaster surrounding the eruption disruption. Reviewing the way their communications, call centre and media teams performed, airlines must surely have concluded they had a massive customer service disaster on their hands and, in fact, were lucky not to have been called to give answer of themselves in the circumstances. So when this disruption hit, they’d be better prepared…

It’s chaos out there today. With the in-laws and baby girl due out here tomorrow, we’ve spent a good hunk of today trying to work out what on earth’s going on – and trying to find anyone who’ll speak or in any other way be of any assistance whatsoever.

The biggest lesson, for me, from Eyeapickledpickle was that airlines had to have better contingency plans for large scale disruption – that information flow is an absolute must – the tools available to us today, specifically online, mean that one to one and one to many communication can be supported with interactivity, intelligence and information flow – all you have to do is respect your customers enough to enable it. Twitter was invaluable during the whole Eyjafjallajökull incident – accounts like @eurocontrol (European ATC) kept the information flowing from the horse’s mouth. But it wouldn’t be difficult to build re-booking tools, better online enquiry and requesting tools and even better ‘dark sites’ – websites set up to kick in right when trouble looms and provide instant information and responses. Virgin’s site wasn’t bad today, but its call centre was utterly inadequate to the task. It’s not as if they couldn’t have seen trouble coming, either. There were forecasts, people. As for Aer Lingus, words fail me.

It seems a little mad to have people looking at screens on the ‘phone talking to customers when those customers could be looking at those screens themselves. Many of the world’s airlines have shown us that the customer can actually be trusted (monkeys though they are) to actually make a booking by themselves (something that travel agents traditionally believed us to be incapable of), so why not let us make re-bookings or endorse tickets for cancelled flights onto alternative carriers?

But then again, maybe we’ll just opt for ignoring them all, putting up some sympathy-inducing text on the ‘dark’ site about how hard it is for call centre staff to get into work in this weather (not that we had a plan or anything, you understand) and just hope the negative feedback blows over in a while.

There has to be a better way – and there is. The Internet. WE could do the work that the call centre guys are doing. Why do we still have to endure  the bottleneck?