Slurs, Accusations, and the Courts in the Digital Age 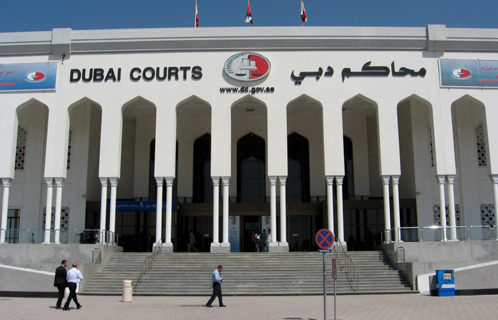 I’d hate to be the presiding judge over this one. Gulf News reports on the ongoing ‘Facebook slur’ court case currently being heard at the Dubai Court of First Instance. The funny thing is it doesn’t really involve, well, Facebook…

It’s a real ‘he said, she said’ case, defendant NF is accused of sending a threatening text message to Emirati AM, threatening to ‘humiliate and dishonour him and his family’ by uploading his and his family’s photos to Facebook. None of the coverage of the case states that these photos are in any way lewd or compromising – and without that angle, we’re really talking about the crime of doing what over 800 million people do pretty much every day.

NF’s lawyers say that AM, having lost 11 cases to NF regarding the conduct of their business relationship, had maliciously bought a mobile SIM card and sent the messages to himself. He had allegedly used an old copy of NF’s passport to do this.

So there was actually no ‘Facebook slur’ at all – GN’s sub-editors once again using a Möbius strip to distort reality to make a better headline. There was the threat of uploading images to Facebook, which doesn’t really count as a slur, does it?

This case is actually more about texting – did the accused send these texts and is their content actionable under UAE law or did the accuser apply for a mobile using a woman’s passport? We’re told AM is Emirati and must assume NF is not – so it’s interesting to think that Etisalat would sell a SIM card to an Emirati man using a foreign woman’s passport who is no relation to him, but presumably the court can get to the bottom of that one quite quickly.

The case would actually have been a great deal more worrying to contemplate had it involved a ‘Facebook slur’ – it’s harder for a court to judge what went on here as content can be uploaded and deleted quite quickly.

Facebook is a closed shop, so you can’t use Google caches, for instance, to look at archived content (unless it has been posted using Facebook’s ‘public’ setting). You could take screen grabs of the offending material, but screen grabs can be faked relatively easily. And you’d have to depend on specialists to weigh in on that type of issue.

Facebook itself can be pretty obtuse when it comes to responding to user complaints – the abuse button isn’t a sure-fire way of issuing a take-down notice and much of the ‘policing’ of Facebook is automated, so the interwebs are littered with the voices of frustrated users who have issues with fake pages and the like.

As it is, this is only one of two fascinating stories regarding texting in today’s press. The other one has an Indian man sending a text to a major in Dubai police threatening to bomb the Burj Khalifa and attempting to extort $1mn, released after four months in jail after his ‘friend’ boasted to a barman that he’d set the whole thing up. The ‘friend’ is now in court himself. You have to wonder what on earth was going on in his head.