‘Samsung, Please Release Me from My Touchpad Hell’ 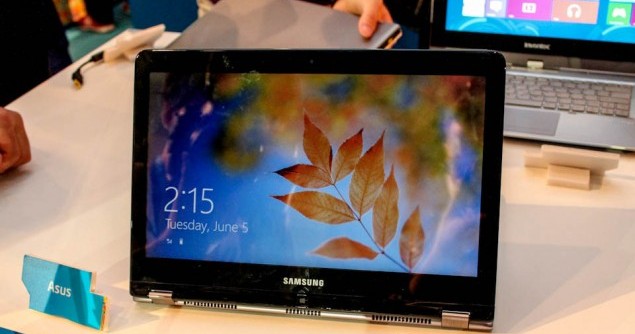 One of the least endearing aspects of my recent technology shift from a dead Lenovo T61 and Windows 7 to a sleek Samsung Series 5 Ultrabook and Windows 8 has been the lack of documentation. Remember documentation? When things came with user manuals?

Ah, no. These days we have the Internet and so we don’t need those nasty, papery manual things. You just go to our Internet-based resource centre and we’ll answer any questions you might have.

What if it’s something I don’t know? I can’t ask about what I don’t know can I? And you’re not actually telling me. You’re just expecting me to sift through a wodge of data, rather than structure and present useful information to me.

That’s okay, you can go to our user forums and see the answers our socially enabled peer group conversation community present to you. They’re really committed and useful guys.

And what if I just want someone from Samsung to tell me how to do something? You know, someone who actually knows something about the product?

Simple! Talk to one of our trained customer support executives using email or our online chat facility!

Great. That’s precisely what I did, because the otherwise very lovely Samsung Series 5 Ultra comes with the world’s biggest touchpad and it doesn’t have an off switch or appear to have a driver with that functionality. Which is mad, right? All laptops have drivers for their touchpads that allow them to be disabled, surely. And, yes, in the main they do. Except for this machine, with its aircraft-carrier sized, guaranteed to be touched at all times, touchpad. It’s huge. I’ve found flies playing cricket on it. This, let us be abundantly clear, is the Chuck Norris of touchpads. You don’t touch it – it touches you.

Samsung’s support operative came back in response to my email, confirming my worst fears. “You can’t disable the touchpad on a Samsung Series 5 Ultra.”

Which had me consigned to typing tweets six times as each attempt saw a feather-touch of the ball of my thumb select all and then my next key press replace the text. Cursors would appear in random places around the screen, replacing and deleting lumps of text and objects before I realised it’d gone again. My language, never particularly temperate, has become decidedly nautical.

I evolved an insane typing technique, like a digital tai-chi movement, The Crane Over The Keyboard. Repetitive Strain Injury loomed on the horizon as I picked my way over the huge expanse of the Monster Touchpad ad From Hell. Sure enough, every couple of minutes, a brush on that vast, hyper-sensitive surface would bring on-screen mayhem.

It’s so unfair. This machine is the dog’s, seriously. It’s sleek and titanium-shelled, as light as a feather and slimmer than a supermodel with amoebic dysentery. It is in every way perfect. Apart from Chuck The Touchpad.

I took to tweeting at @SamsungGulf, but that was about as much use as nailing cats to a hovercraft. They’re too busy using Twitter on relentless promotional broadcast mode to actually talk to anyone who isn’t giving them some sycophantic, pandering guff they can retweet. (This, to Samsung, is presumably ‘engagement’)

It’s one of the worst Twitter accounts I’ve seen in a long while. Absolutely zero back from them. Just a constant tide of ‘Tell us your favorite way of inserting a Galaxy SIII’…

And then a conversation with Sheheryar at @LaptopsinUAE about something completely different turned to the S5. I’d decided to break the warranty and have him crack the case and neuter Chuck by yanking the connector. And he came up with the idea of hitting Fn F5. Because that is how you disable the touchpad on a Samsung Series 5 Ultrabook.

So here’s a big, fat THANK YOU to Sheheryar, for doing what Samsung’s support droid and their useless Twitter account should have done. For knowing his way around laptops and being able to help someone who just wants to get on with using a functional tool. I didn’t have to retype a single word of this post and that feels oh, so good.