Progress or Not? The ‘Digital Eid’ Has Arrived 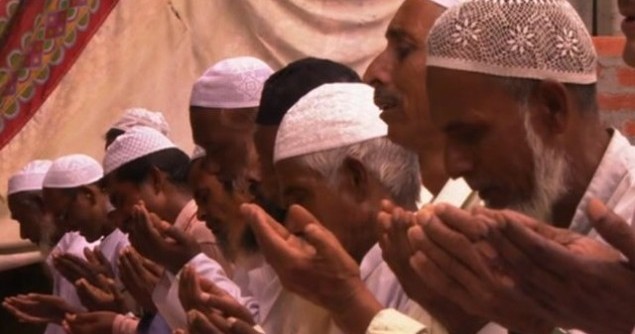 In Saudi Arabia, as in many Muslim countries, visiting relatives and friends on the occasion of the Eid is traditional. Families or offices pack up to call on each other – and particularly senior members – to wish them the best for the holiday. I recall that when I was assigned to Dhahran, all the section heads of the Consulate, starting with the Consul General, would be up before dawn on the Eids. The first call would be on the Emir of the Eastern Province, who cordially provided breakfast for his callers. While some members of the Consulate staff weren’t thrilled by the sight of the floor of the dining room filled with whole roast lambs and goats at six o’clock in the morning, others were.

Then the day would continue until mid-afternoon, calling on various government officials and business leaders. No business was conducted, but merely showing up signaled respect and helped cement relationships. That was important to conducting the US government’s business during the rest of the year.

But this kind of visiting can be tedious, even if it’s only done once or twice a year. There were certainly other things I might have been doing with those days that would have been more directly fruitful. Now, the tedium is coming to an end. Social and electronic media are stepping in, Saudi Gazette reports…

“It used to take me days to visit each and every single relative and friend and wish them a happy Eid and there would still be someone I left out. With Twitter, I can write a generic ‘Eid Mubarak’ message and send it to hundreds of people,” explained one citizen. With a record number of Saudis using social media websites such as Twitter and Facebok and mobile messaging applications including WhatsApp, Viber and Skype, it is easy to understand why so many people are replacing long-held traditions with impersonal albeit faster digital methods.

“I have more time to spend at home with my family. Before, I used to spend the entire day visiting friends or relatives, now, after I send a few Eid greeting messages, I can relax at home with my children,” said another citizen. Many have said if current trends continue, then family ties will grow weaker but many experts disagree with this notion.
…

Not everyone is thrilled with this development, though. There’s no question that there’s a big difference between face-to-face meetings and electronic dialogue. Whether this will lead to the destruction of the Saudi family, however, is an entirely different matter