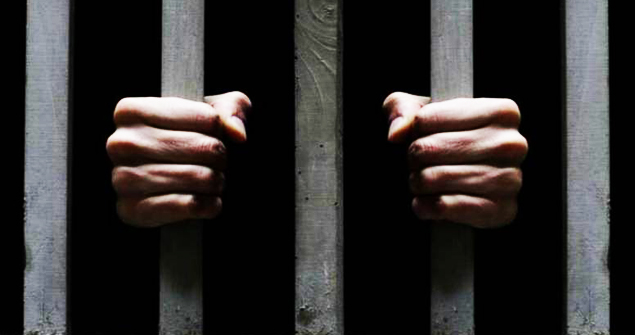 In case you have not been following the news, Mohammed Al Badi, Mohammed Al Habsi, Abdullah Al Siyabi, Talib Al Abri, Abdullah Al Arimi and Muna Hardan have been handed one-year prison sentences and a fine of 1000 OMR for defamation and violating the laws of information technology”.

It’s official. A Dhofari girl is involved and her sentence is not just one year, but 18 months. Before activists and human rights organizations get all excited and start calling for the release of these so-called ‘human rights defenders’, surely the government should reveal what exactly were their crimes?

If they’re going to publish full names and photos, surely a little detail would be useful? As far as I know, Muna was continuously defaming and insulting His Majesty and the Omani people online under the nickname “Dhofari Rose”. As much as I love freedom of speech, I think she was pretty stupid given the current circumstances of freedom of expression in Oman. (In my head: WHAT WAS SHE THINKING, DAMMIT?!) .

Every person who publicly and continuously defames His Majesty is asking for trouble. Regardless of what she thinks (and thinking out loud in Oman can get you into serious trouble), she knows what the current situation is in Oman, and she knew what was coming. I’m not saying I like the current situation, but I believe in being sensible and choosing your battles wisely.

Defaming for the sake of defaming isn’t going to help anyone. What was her cause? Did she have one? Were her accusations based on fact? What’s going to happen now? She’s the first woman ever in Dhofar to be publicly sentenced. Is her tribe going to interfere? Is Wasta going to play a vital role in getting her bail? She’s a naive little university student, not an activist.

My only criticism of the government in this case would be the exaggerated prison sentences (six months for holding a poster that sort-of criticizes the Sultan?!) and withholding information. If you’re trying to teach people a lesson, share details. What rules did these bloggers break? What are the new limitations? The rest of us would like to know. His Majesty is off limits, but what else?

I’m not interested in being plucked out of my home in the middle of the night for a post I wrote two years ago. Must I go through every single blog post and review it? I don’t want to see more people end up in jail for speaking their minds.

Choose your battles wisely. Oman is not a free country.. Dhofari Gucci is not happy.

One Response to Omani Bloggers: More Questions than Answers