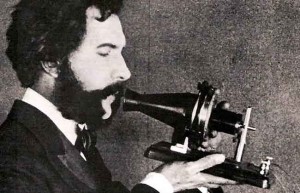 According to UAE based Arabic newspaper Al Ittihad, UAE’s telecom service providers Etisalat and du will launch Voice Over Internet Protocol (VOIP) services by the end of 2010.

Those who have been following the UAE’s convoluted attempts to get in on the VOIP game but on their own terms will greet this latest report with a healthy dose of skepticism. A quick search on Google News and you will find reports stretching back two years and more on Etisalat’s and du’s imminent plans to launch a VOIP service.

Abdulla Hashim, Etisalat’s Senior Vice President, Business Solution however told Al Ittihad: “Etisalat is working to develop a mechanism that allows users to make voice calls over the Internet with high quality.  The launch of that service will be in accordance with the legislation of the Telecommunications Regulatory Authority (TRA)”.

“The service will be launched in the last quarter of this year. The prices of these services will be competitive and appropriate for subscribers,” he said.

Farid Faraidooni, Chief Executive Officer of Commercial Affairs at Emirates Integrated Telecommunications Company  (du), also ‘confirmed’ that his company will  launch some “voice over services” through Internet Protocol in the UAE before the end of this year.

“Du will be presenting its offers before the TRA for approval before the services are launched in the market,” he said.

Both Etisalat and du have the same owners – the government of the UAE. Both bring in significant revenues to the emirates. There is therefore little incentive to allow VOIP, other than a fear the UAE may be missing a trick, being left behind, and the near universal approbation that the UAE suffers as one of only four countries in the world to ban VOIP – claiming security issues.