The Biggest Bonus of them all, & How to Spend it 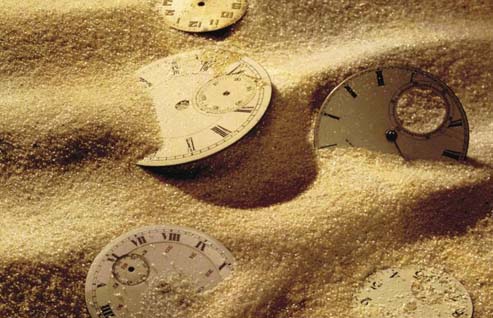 Whenever I was asked three or four years ago ‘what’s your favourite aspect of Dubai?’ my answer was consistent. ‘How it recedes  in my rear view mirror as I head to the desert.’   Many of us who had been here for some time – the ‘Old Expats’ – had an ambivalent relationship with the rapidly developing metropolis that was being dragged from the sand by who-knows-what-percentage of all the world’s cranes.

Delighted to be a part of one of the great experiments in city/state development (and let’s not forget, benefiting materially from same) we were disoriented by the scale, pace and sheer relentlessness of what was happening all around us.   While one retreat – the beach – was being gobbled up by developers, another – the desert – remained to a greater degree out of reach of JCBs, Caterpillars and ‘unique off-plan, high-end, community living’ opportunities.

The desert is a place of silence, of light and shadow, of a sparkling night sky re-discovered, of warmth and fellowship.   We discovered a few special places which we shared with some of our close friends and guarded the GPS co-ordinates of ‘our favourite spots’ securely.   Whenever the noise of piles being driven or, Dubai’s theme tune, the high pitch ‘neeeee-uh’ of marble being cut got too much we would load the four wheel drive with tent, sleeping bags plus all necessary provisions and scarper.

The ‘global crisis’ of the last two years has brought a swift and often brutal re-appraisal of priorities for virtually everyone on the planet. All except the banking community who seem, again, to be enjoying abundant bonuses – proof, once more, of the old gambling adage ‘you’ll never beat the House’.

The rest of us, however, have had to adjust to ‘the new realities’.  Whether this period is just a temporary blip on an upward path of uber-growth or a fundamental re-ordering of the global financial system we’ll leave to the economists to discuss, and disagree about.

What is clear, though, is that many of us have had time over the past two years to think.   And to talk.  And to spend time with people, maybe even have lunch or a leisurely coffee with them.  And we enjoy it.  Yes, we may not spend so many evenings feasting on five star cuisine in seven star hotels; we may not switch cars every 12 months or rush to buy the latest ‘must have’ technological gadget.  But the greatest and most under-valued luxury of all – time – has been granted to us and its prior absence has sharpened our appetite and appreciation.

In the early 90’s I sat in on an interview with a client, an IT guru and a journalist from The Times.  As we sat in the upmarket Soho pizzeria, Kettners of Soho, the guru spun an exciting, irresistible vision of a future where technology would be available to all – small devices which would enable us to work anywhere free of the tyranny of the office, the ability to video-conference with friends and family for free.  Remember, this was a time well before computers became a fixture on every desk and when the height of technology was the fax machine.

The journalist, a usually truculent and cynical individual was visibly inspired.   After he left I turned to the client to congratulate him on conducting such a wonderful interview.  He was grim faced. ‘You know what all this means, James?  Slavery.  There will be no place where you can escape work, no time when you will not be expected to work. It’ll be hell on earth for most people.’   Within two years the guru had retired from the IT business and embarked on a successful career as a rock musician.

So, many of us have an opportunity to think about the time we’ve got now and work out what we would be prepared to trade for this particular luxury.