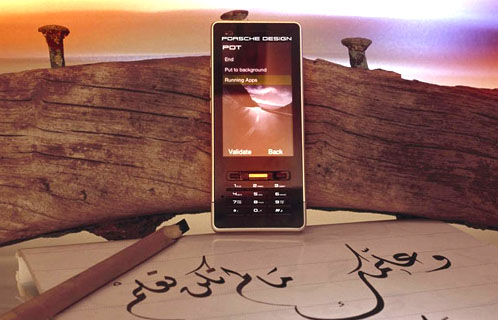 Saudi Arabia has a lot of challenges before it—a growing population with few job prospects; escalating demand for energy; next to no political participation by its citizens; a patent inequality between men and women.

It’s not really necessary to take up the Sisyphean task of ‘protecting’ Arabic. But lo, there is indeed a growing demand that it do just that. Rather than the perpetual evolution all languages undergo, Arab News tells us, now it is the use of Arabizi or Arabish, the informal Arabic chat alphabet popularly used for text messaging, e-mail, and blog comments that uses Roman alphabet letters and numbers to transcribe their Arabic counterparts.

This convention arose because the writing of Arabic characters was a late-comer to electronic communications, but also because Arabic keyboards on cell phones, pagers, and the like are far from universal. Existing transliteration systems aren’t much help because they, too, require characters not present on most keyboards, thus rendering transliteration either impossible or tedious.

The choice was, and largely remains, stick with the Arabic alphabet but not be able to communicate, or use a different transliteration and talk. It doesn’t take a degree in Anthropology or Psychology to know which human beings will select, everywhere and every time. But societies often seem paranoid on ‘preserving our language’. It happens formally in countries like France or Spain, with government institutions established to ‘protect’ the language from change. It happens informally when teachers, government officials, and ‘concerned citizens’ express their peeves about changing applications of grammar, spelling, and vocabulary.

No language—not even ‘dead’ languages like Latin—are immune to change. Latin is constantly developing new vocabulary items to deal with new technology and social developments. Attempting to thwart something that is seen as useful by the masses, all in the name of language or cultural preservation is simply a fool’s errand and will be met with equal success. Perhaps, at some future date when smart phones all have Arabic keyboards available to them, even if virtual, the need for Arabizi will disappear. Until then, the Arabic language is stuck with it.

‘Arabizi is destroying the Arabic language’

JEDDAH: Arabizi, a term that describes a system of writing Arabic in English, is now more popular than ever, especially online. Parents and teachers are becoming more concerned over the popularity of this new trend. Some see it as a threat to the Arabic language.

A non-English speaker does not need to speak the language to communicate with others in Arabizi. Numbers are also mixed in Arabizi to represent some letters in Arabic, such as 2, 5, 6, 7 and 9. Most Arab Internet users find this way easier than typing in Arabic.

Teachers fear that this will weaken their Arabic language ability or even replace the language in the future. Arabic professional professors from the Arab world consider it a war against the Arabic language to make it disappear in the long run.

Miral Dibawy, a 21-year-old university graduate, is using Arabizi because she finds it easier when typing on the Internet and sending text messages. She also admitted that it has weakened her Arabic language ability when it comes to writing. …

NOTE: I distinguish between Arabizi, the transcription device, and Arabish, the introduction of English vocabulary items into Arabic. I think this is more in keeping with the similar constructs as Chinglish, Spanglish, and the like, but I won’t break out in a sweat if you disagree!”