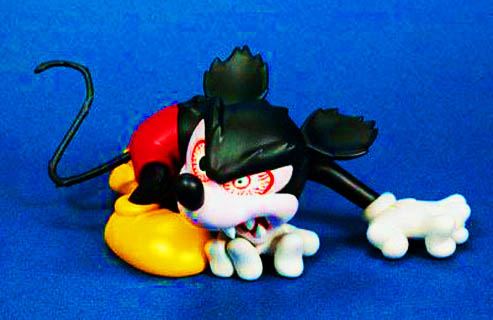 The HTC Desire is a cool device, I have to tell you. It does many things brilliantly, some very well and even manages to be a mildly functional telephone. Based on Google’s Android operating system, it’s almost scarily integrated into Google services, but it does a lot of cool stuff and is pretty intuitive.

I’ve spent a week or so now getting used to it – after over 20 years of loyalty to Nokia, I finally snapped and followed Symbian Guru by throwing my N86 against the wall. There have been inevitable frustrations in the transition process, but they’re mostly harmless. Google’s habit of defaulting everything to Arabic for anyone located in the Arab World can be a bit of a shock – and I really do not need an uninstallable azan reminder. But all in all, I’m glad I made the change. Well, I was until Etisalat sent me a message telling me they have blocked my mobile Internet access as I had exceeded the upper limit on my plan.

My plan? What plan? I just have mobile Internet. It was called ‘Mubashir’ because nobody knew what 3G was (“I don’t understand what 3G is!” “No problem, take this! It’s called Mubashir!” “What is it?” “3G”). Nobody ever told me they’d introduced things called plans.

Mine apparently gives me 10 Meg of downloads for a fixed monthly fee. And then it charges me. A wicked amount. Enough for me to have racked up Dhs1,200 worth of phone bill in 2-3 days of using an Android phone. Because if you’re using your wireless network to download apps and you walk out of the wireless zone, it defaults to Etisalat and their Mickey Mouse packages. And, unlike my creaky old Symbian handset,  this mobile is always online, checking, updating and RSSing like a little Googledemon.

You’d have thought Etisalat would send you a text when you got to the 10Mb mark, wouldn’t you? But that would be far too sensible. They’d rather bill their unsuspecting, arguably duped, customers for the lesson.

So don’t do what I did, people. When you throw that Symbian mobile against the wall and storm off to get a funky Android phone, change your mobile data plan. You can get a 1Gb package for Dhs145 per month or 5GB for 295 per month. They also offer “unlimited” data for a whopping Dhs395 per month. Unlimited is sort of like freehold, by the way: by unlimited, Etisalat actually means a ‘fair usage’ 10Gb maximum. Out of plan extras cost 50 fils per meg, which is a bit less than the Dhs15 per meg they charge on the default 10Mb package. Yes, you heard right. Dhs15 (a tad over $4) per megabit.

Plans from 10Mb – 1Gb are categorised as ‘mobile Internet’ by Etisalat, while 1GB-10GB are ‘mobile broadband’ and come with a USB modem. Because nobody would want to use a mobile for downloading lots of data, would they? Positively archaic thinking from the telco that likes to say ‘ugh’…

Hmm. I wonder what the view from Du is like these days?