The Writing’s on the Wall: The Arabic Content Crisis 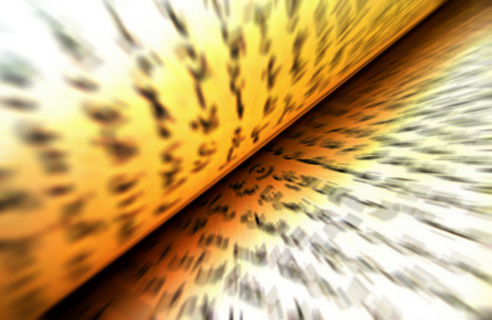 As someone who’s been working in the Internet space in the Arab world for what feels like ages now; I’ve heard the following line, and all imaginable variations of it more than I can keep track of; basically the line is:

We have a big problem with the lack of Arabic content online, with it only representing 1% of all online content.

Now that’s true, it’s shocking, it’s very bad, and it’s a valid point to keep bringing up every time there’s a chance to.

However, the problem is much much bigger than just online content; it’s a problem with Arabic content altogether, both online and offline!

If we just take a step back and look at some numbers for the production of Arabic content in general, the numbers for online content start to look very normal actually.

How many original Arabic books are being published every year?

There are no reliable numbers on the production of books, but many indicators suggest a severe shortage of writing; a large share of the market consists of religious books and educational publications that are limited in their creative content.

And in the same report, the following year:

Book production in Arab countries was just 1.1 percent of world production, although Arabs constitute 5% of the world’s population. The publication of literary works was lower than the average level of book production. In 1996, Arab countries produced no more than 1945 literary and artistic books, which represents 0.8% of international production. This is less than what a country such as Turkey produces, with a population about one-quarter that of the Arab countries. In general, Arab book production centers mainly on religious topics and less on other fields such as literature, art and the social sciences.

How many foreign books are actually being translated into Arabic every year?

The Arab world translates about 330 books annually, one fifth of the number that Greece translates.
The cumulative total of translated books since the Caliph Maa’moun’s [sic] time (the ninth century) is about 100,000 books; almost the average that Spain translates in one year.

Also looking beyond book production and translation, if we look around us, at the magazines and newspapers being produced all around the region; Other than the news, how many of the articles or op-eds getting published in them are actually read-worthy or offer any value whatsoever to the reader? Unfortunately, only a small fraction of them!

Arabic content online is just part of the picture and is consistent with the overall alarming trend.

Now why do we have this overall problem in the first place?

It’s a vicious circle actually; For some reason Arabs don’t read much, so publishers don’t publish much, so producers/writers don’t produce much, and so with less out there, Arabs read less and less and it goes on and on. In fact, looking at another set of estimated numbers for book production in the Arab world actually showed numbers were declining year on year.

Online, the difference is that you’ve got companies and professional publishers publishing content, but also the possibility for anyone and everyone to produce content through sites, blogs, wikis …etc. So the cost of putting content is cheaper and the entry barrier is lower; but still many of the same challenges hold online; if people don’t come and read in high numbers, writers are de-motivated and/or can’t generate any income, and they stop producing any more content. This obviously also has a link to the fact that less than 2% of advertising budgets in the region are spent online; so it’s harder for content producers to cover their costs and keep on producing more content. That brings us back to the same kind of vicious cycle from earlier.

It’s a huge problem, one that we need to do something about obviously, and that everyone has a role to play in, in order to get things on a growth track. Maybe where we should start is by ourselves, by committing to reading more Arabic books and content, sharing and producing Arabic content whenever we can, and most important of all, raise our children to be readers and writers.

Mohammed Marwen Meddah, former Product lead at Yahoo! in the Middle East, and the founder of StartUpArabia.com, a site dedicated to new start ups in the region, is an active and very well known figure in the region's digital universe. MMM (as he is known) is about to embark on his biggest mission so far - emigration to Canada. Read his blog to follow his adventure in sub zero temperatures...