People, Not Technology, are Agents for Change 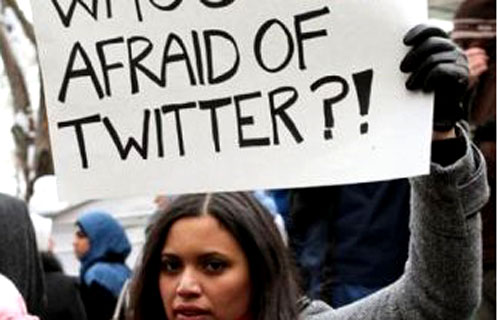 I worked on the very first mobile phone for Apple. The iPod had already wowed the world, and now a global population was waiting for Apple to take the step into mobile technology. The handset wasn’t the iPhone that we know today, but a precursor: a Motorola phone loaded with an iTunes application. This allowed the user to transfer up to 100 songs onto the phone using the app. It was 2005 and I was the product manager for Motorola responsible for the handset across Europe and the Middle East.

In the trenches at Motorola we were inflated with excitementat bringing the first Apple phone to market, but our delight was tempered by the press, who were frustrated at its limited capability. Real users, too, weren’t willing to suffer compromise.

The public announcement of the first iTunes phone should have been tumultuous. Instead, Steve Jobs eclipsed Motorola with the launch of the iPod Nano on the same day. Our chief executive Ed Zander wasn’t best pleased and publicly dismissed the Nano: “Who listens to 1,000 songs?” History would prove Jobs right, and Zander woefully wrong.

Jobs has recently departed his role at the top of Apple. For all the criticism that Apple receives, its popularity is partly due to the fact that its technology is not an end in itself but instead enables users to do things more easily. On the flip side, as one executive commented on the launch of the Nano and as Zander found out, working with Apple is like dancing with the devil. It’s unpredictable and you may be outsmarted.

The same is true of anyone trying to tame a technology. Technologies take on the life of those who invest them with content and meaning. They are only as powerful as the imaginations of those who use them.

Hosni Mubarak learnt that at his peril. First he tried to shut down the internet and mobile networks to thwart the Egyptian uprising. It did the opposite. Then he tried to use them to disseminate his propaganda, and that just made his position more precarious.

Internet and mobile technologies like Twitter, Facebook and smartphones were credited for the revolutions of the Arab Spring. In the UK, the recent riots were blamed on them.

Take this comment on the role technology plays: “A means of communication, a privileged expression of the general transformation of social communication in a moment of change, a new management of time, speech and political discourse.”

Except this description isn’t about the Arab Spring’s use of Twitter. It was written more than 200 years ago at the time of the French Revolution by the Frenchman Pierre Retat with regards to printed material and its role in the political change.

In the 19th century, such thinkers as Thomas Carlyle and John Stuart Mill wrote about how the move from books to journals to newspapers was changing the dynamic of political power and influence.

All of these technologies, from print to Twitter and everything in between, act only as catalysts in political change – they are not the cause of it. They are not the spark, the content, the aspiration, the blood. Yes, the revolutions may have taken a different course without them. Yes, they heightened the speed and ferocity of the uprisings. But we must be clear that it is people – not technologies – that make change happen. Let’s not diminish creativity and courage by attributing great sacrifice to amorphous, faceless technology.