Much to Lose as Calls Mount for a Regulated Web 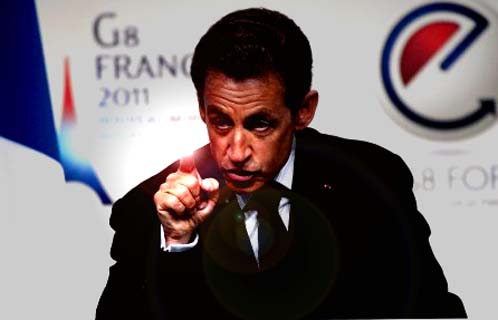 French president Nicolas Sarkozy has come out and said he wants a regulated web – “You need to hear our limits, our red lines” he told an audience at the two-day ‘e-G8’ conference. The AP report is linked here. His is not the first whiff of regulatory sulphur, of course – only the other day I posted about the British culture secretary sending out a clear ‘enough is enough’ message regarding privacy on the Internet after Twitter ‘made a mockery’ of that Great British Institution, the super-injunction.

Of course, it should come as no surprise to hear those who govern us (all too often, you can’t help but think, forgetting they’re supposed to be representing us) starting to talk about regulation. Wikileaks was a massive wake-up call to governments, followed by the wake-up call of the ‘Arab Spring’. We now know two things we did not fully appreciate a year ago.We have to redefine privacy, secrecy and transparency and we have to redefine governance, the aspirations of people and the way in which they are represented.

But redefining these things doesn’t necessarily mean micro-regulating them, at least in part because it’s so fast moving out there you’d be hard put to keep up – and that’s a key problem governments have found in the past: you can’t create legislation that keeps up with innovation. The Microsoft vs DOJ case showed quite clearly that an entire technology market, let alone platforms and applications, can change during a single action in the courts, let alone the time taken to draft and pass a piece of well defined legislation.

Establishing a set of principles might be a nice approach to take, but then we’ve been doing that ourselves: up to now, morality and behaviour on the Internet have been largely a function of communities – we all know what the rules are (if you use someone else’s link on Twitter, you include in the tweet that it was via them; if you send unwanted emails to people you’ll be called a spammer and face consumer unhappiness; if you hijack a hashtag, you’ll get pwned all over the place and so on) – or are in the process of coming to terms with changes and defining rules as a pretty much consensual process.

Of course, regulating the Internet in the name of privacy and responsibility is all very well, but we also have to be wary of regulating discourse – even when that discourse is uncomfortable for us. And here’s the issue at the heart of government discomfort with that discourse: the ability for people to share opinion and organise in shows of public opinion that are not ordered through the representational process that has put the people in government where they are.

I mean, imagine a world in which everyone’s voice could be heard! How insane would that be? A world where everyone had access to a viable way of voting instantly on any given topic, of canvassing opinions and sharing information without fear of corporate interference, lobbying or governmental mendacity, a world in which we didn’t actually need to be represented by politicians because we have the mechanisms in our own hands to represent ourselves.

Why do I need an MP to vote on my behalf in parliament when I can register a vote on a website instantly and have that vote counted in picoseconds? What if the Internet could slim down government in the same way it has slimmed down other disintermediated processes?