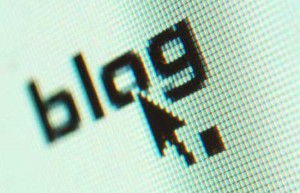 A recent survey of readers of the more than 400 blogs in Lebanon shows that their numbers are close to the online readership of the most well-known Lebanese newspapers: both averaging 14,000 visitors daily. This is a clear indication that blogs have become one of the main media sources for Lebanese youth to access diverse information and various opinions.

But do their high readership rates mean that blogs can be a tool for real social and political change?

It is difficult to answer this question in a country in which the future of blogging is closely connected to conditions that frequently change, such as internet connectivity, internet publication laws and censorship.

The blogosphere in Lebanon has recently witnessed several changes: the migration of some bloggers to newspapers, the publication of books containing material collected from electronic media, the launch of blogs by radio stations, and the birth of civil movements and new organisations that show the impact of blogs on the ground.

In this way, the Lebanese blogosphere is breaking down the barriers that separate traditional media from electronic media. It has become an alternative media source on many issues, particularly the environment which isn’t routinely covered by traditional media. One example is coverage in the blogosphere of a young Lebanese man, Rami Eid, who spent three days and nights in a glass cube in the Ain el Mreisseh neighbourhood in Beirut last October, representing the last man on earth in a hopeless future as a result of humankind’s failure to act against climate change. His stunt alerted the public about the need to face these changes.

The media campaign for this experiment focused on electronic media, beginning with Eid’s personal blog which was read by thousands in just the first few days of the campaign. In addition, Twitter and Facebook sites reported on developments in real time. This coverage succeeded in galvanising public opinion, the media and various environmental research centres, which culminated in the Lebanese government deciding to participate in international negotiations on combatting climate change in Copenhagen in December 2009.

Lebanese blogs have also served as key political mobilisation and organisation tools on many occasions, especially in preparing for the March for Secularism in April of this year. The march started with a Facebook invitation, as well as a few blog posts. It eventually developed into a march in which thousands of people participated, without the need for a central organising committee.

And during the last municipal elections in Lebanon, in May 2010, bloggers turned into a makeshift independent elections monitoring agency. Some of these bloggers – in partnership with a Beirut-based organisation specialising in new media training called Social Media Exchange – were given a license by the Ministry of Interior to enter election stations, observe voting and submit their own reports to media and constitutional bodies about the voting process. This was the first experience of its kind in the Arab world and was seen as being quite successful, with more than 60,000 hits on the site where bloggers published their live reports, lebloggers.org.

One incident in particular perhaps best demonstrates how influential bloggers can be. After a far-reaching electronic campaign, bloggers were able to stop a proposed law in the Lebanese parliament to organise the blogosphere, a law that they decided would curtail freedom of expression on the Internet. This incident proved that when organised, blogs are not only an alternative media source or a tool to mobilise the public in support of specific causes, but they can also influence the legislative process.

Well on their way to becoming pioneers in the Arab world, bloggers in Lebanon comprise a fledgling movement that has just begun to assume its role in the field of information media, benefitting from relative media freedom and the achievements realised thus far.

by Tony Saghbini. This article was originally  written for, and is published with the kind permission of the Common Ground News Service (CGNews).

Tony Saghbini is a Lebanese activist and blogger who helped establish the Lebanese Society for bloggers. He blogs at www.ninars.com.