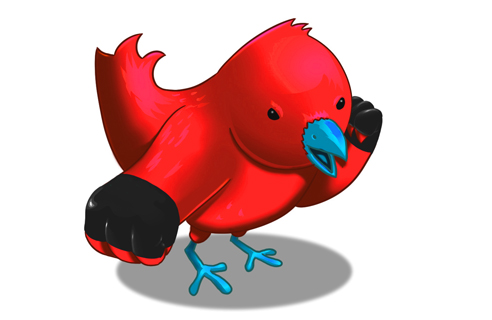 Mohammed al-Abdulkarim, a Saudi law professor, was arrested Sunday after publishing an article about the royal succession and the possibility of a power struggle inside the ruling family. The article was first published on al-Abdulkarim’s Facebook profile, and later republished on Royaah magazine website.

Four men, variously wearing civilian clothes and uniforms, arrested him at his Riyadh home, the Human Rights First Society of Saudi Arabia (HRFS) said. Ibrahim al-Mugaiteeb, head of HRFS, told AFP that al-Abdulkarim’s arrest was illegal on two counts: he was taken without a court warrant for his arrest, and has been held for 24 hours without charge.

As usual, the local media in Saudi Arabia has ignored the story, but the social web was quick to pick it up. Not too long after the arrest, the news was flying all over Twitter and Facebook. Users on Twitter used the hashtag #FreeDrAbdulkarim to denote their reactions. Most of them expressed anger and frustration at the arrest. “I, and many others, believe in every word Dr. al-Abdulkarim said in his article. Are you going to arrest us too?” Abdulrahman Alnasri said.

However, the most intense exchange of the day on Twitter was between Abdulrahman al-Enad, member of the Shoura Council, and Waleed Abulkhair, the lawyer of Mohammed al-Abdulkarim. Al-Enad said al-Abdulkarim has made a mistake and should be punished. Some of what al-Enad said did not set well with Abulkhair, who demanded the Shoura Council to apologize for what he considered impoliteness.

Al-Enad refused to apologize and told Abulkhair in relatively salty language to shut up.

I was momentarily startled by al-Enad’s choice of words and thought it was a slip of the tongue, but the Shoura member stood by what he said. That prompted the creation of another hashtag, #koltebin, which people are using now to discuss the issue of al-Abdulkarim and the kerfuffle between Abulkhair and al-Enad.

Last week I told you that Twitter is big in Saudi Arabia, but did not elaborate on why that is.

One Response to The Professor Detention Debate & Twitter’s Embrace