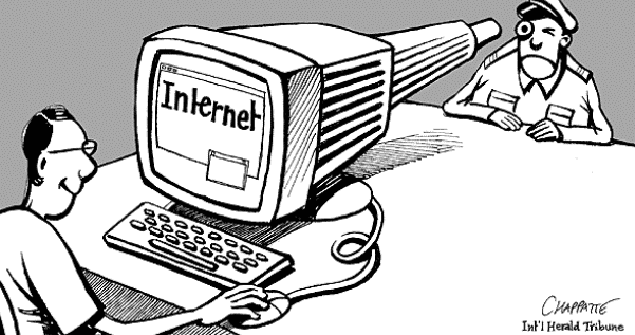 Once upon a time, the Jordanian government thought that censoring the Internet was actually a bad thing. In fact, the government felt that the best regulators of what content users should consume were the users themselves, in the form of the community – parents, schools, etc.

Government recognises the legitimate concerns of citizens relating to the potential for access, through use of Internet services, to material that is either illegal or inappropriate for the user of the service. Experience elsewhere has shown that it is impractical and undesirable that censorship of material be applied at a Governmental level. Government, however, requires that parents, schools, libraries and all others in intermediary or supervisory positions, and are thus best placed to understand the sensitivities and vulnerabilities of those whom they serve, be enabled to take all reasonable steps to ensure necessary protection. It is the intention of Government to provide guidance as to the techniques and measures that may be practically employed by those with responsibility for users, and, their appropriateness in relation to particular circumstances, and, to particular classifications of user.

But, like all things, context is important. After all, the early 2000′s was quite a different time. The general direction of the state, under the encouragement of HM King Abdullah, was a focus on IT and telecommunications. From graduating high schools students being encouraged to major in the IT field with the promise of jobs, to the development of e-government services, to initial steps of opening up the media field. It was a time when the Jordanian state sought to “widen the scope of our participation in the knowledge economy from being mere isolated islands on the periphery of progress, to becoming an oasis of technology that can offer the prospect of economies of scale for those who venture to invest in our young, available talent.”

It’s a time that seems far off in to the horizon, making it even more easier to forget the political turmoil surrounding the Kingdom: be it the rise of the second intifada, the Jenin Massacre, the US-led invasion of Iraq, the subsequent Iraqi refugee crisis in Jordan, and the economic shock that came with it. And yet, despite all that, there seemed to be a vision of sorts when it came to the IT industry, when it came to freedoms of speech and expression, and when it came to media.

Where that general sense of direction has vanished I am no longer certain. What has happened since the early 2000′s that would encourage the Jordanian state to tread along this new path is unclear. And while we have heard arguments from the government that suggest the need to censor certain sites in order to protect the “social and moral fabric” of the nation, or complaining about the existence of irresponsible media outlets in this vast electronic space of expression – one needs to consider why, over the past 16 odd years of Internet existence in this country, have none of these concerns been of concern before? In short, the reasons are baffling, and in my personal opinion unconvincing, however – different people will feel differently about them. But that’s beside the point.

What has, however, become inherently clear over the past few weeks and months is that the recent moves to impose legal restrictions on the online world – be they amending the Press and Publications law or a possible banning of “inappropriate” material through a new Telecommunications law – is that such moves stand in stark contrast to what we’ve grown accustomed to, and the ballpark vision that has been semi-articulated by officials that include minister, prime ministers and the King himself.

But what is perhaps more frightening is that wherever you stand on this subject, one key fact is now apparent – there has been a drastic policy shift from the way the state sees the Internet. No longer is it a tool for innovation, entrepreneurship, media, free speech, discussion, or creativity – but rather an unregulated public arena with the ability to produce content and discussions the state believes to be threatening, or at least enough of a problem that it should inspire the government to act as the regulator of morality and speech.

Once upon a time we seemed to have a clue, but now I think the plot has been lost.