The Internet in Lebanon: The Box Don’t Fit! 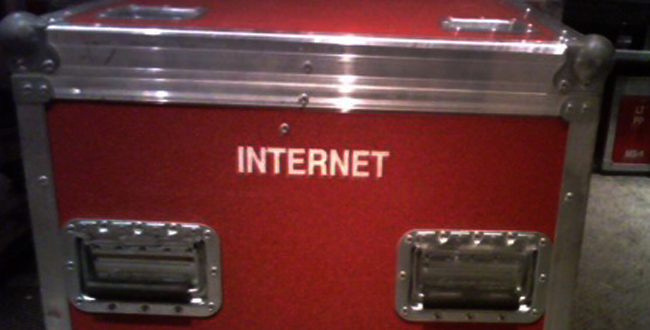 Pound for pound, the Lebanese LIRA is the daftest regulation you’ll see in quite a while. It’s yet another example of a government trying to define the role of online media as it struggles to manage the potential of unfettered human thought and opinion being freely shared, following hot on the heels of the American near-disasters we know so well as SOPA and PIPA. Once again, it shows legislators are hopelessly out of touch with the dynamic of that shifting, changing thing we know as the internet.

The Lebanese Internet Regulation Act requires owners of websites to register with the government. interestingly, the draft law was proposed at the start of a month where the region’s most vibrant and important annual forum for the online and digital industries, the ArabNet Digital Summit, is to take place in Beirut. Debate on the regulation has been postponed for further discussion by the Lebanese cabinet, giving the public time to make its views known (not that anyone will be listening, I conjecture).

LIRA attempts to take the Internet and squeeze it into a square peg shape so it’ll fit the Lebanese press law shaped hole. Any owner of a website would have to register with the Information Ministry and websites would be governed by the conditions imposed on journalists, media and broadcasters by the Lebanese press law, the law specifically mentioned in the new regulation is Press Law 382/94, which is the audiovisual media law – a law that, as far as I can make out, merely modifies and re-ratifies the existing 1962 press law. It does seem like a very lazy way of saying “See the press law? It holds true for the Internets as well, people” which, as we all know, simply won’t cut it.

That’s about it. There’s absolutely no attempt to understand the dynamics of the Internet, let alone even defining what a ‘website’ is – does this law apply to blogs? Only to owned domain-hosted websites? Mobile Apps? Facebook pages? Twitter?

It’ll be interesting to see if Lebanese information minister Walid Daouk will speak at ArabNet and, if he does, how he’ll be received. There has been a very lively hashtag, #STOPLIRA, pinging around the Twitterverse for a few days now and it’s likely quite a few of the 1,500 digital innovators, specialists and leaders who’ll be attending will have some helpful hints and tips for the minister. As it is, the ArabNet organisers turn off the Twitter wall for the keynote session in which ministers traditionally like to tell the audience of web-heads how the Internet and youth are important to our future. You wouldn’t want to be reading what Twitter says about that kind of thing, you really wouldn’t…

A translation of the Arabic language regulation is to be found on Joseph Choufani’s blog here.

2 Responses to The Internet in Lebanon: The Box Don’t Fit!