Illegal Eagles: Today, We Are All Publishers 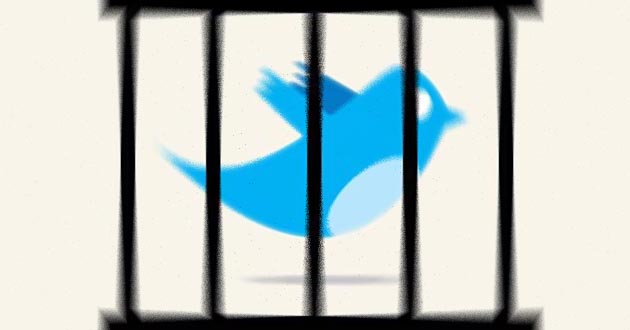 We are all many things. You can be an oil executive, commuter, father of three or violent crime victim to journalists, depending on whether they’re quoting you on oil prices, late trains, the joys of parenting or the nasty gash in your cheek.

Today, all four of the UAE’s English daily newspapers report on a lawsuit filed against a ‘tweeter’ for insulting the Chief of Dubai police, Dahi Khalfan Tamim. I thought that was interesting. If he’d insulted Mr Tamim by phone, would the papers have called him a phoner?

Well, this is the first lawsuit filed by a public official in Dubai against someone using Twitter. It’s illegal to insult (‘curse’) a government employee in the UAE, the offense carries a maximum Dhs30,000 ($8,000-odd) fine or three year jail sentence. So the chap in question, an Emirati gentleman, is potentially in quite serious trouble – defamation is something taken very seriously here in the UAE and, actually, in the region as a whole.

It’s yet another reminder that despite the access we have to the wonderful playground that is social media, these platforms are public places and subject to the law in the same way any other public pronouncement would be. While the authorities struggle (or fail to get to grips with) with the nature of these platforms and quite what ‘publishing’ is in the digital age, the platform owners are quite clear – Facebook, Twitter, Google et al are providing a platform onto which YOU publish content. In putting content ‘up’ on these sites, you are taking on the responsibility of a publisher.

(It’s one reason why my money’s on strange German internet maverick kim.com in his case against Uncle Sam in a New Zealand court – his website, megaupload, was a ‘platform’ for people to use, his lawyer is expected to argue. So the responsibility for copyright infringement that took place on the site would be the users’ not Kim’s.)

The defendant and Kim.com actually have something in common – both have been refused bail, in the case of the Emirati gentleman, he’s been in Al Slammer since February 19th and has had his case adjourned to March 11th. (Kim.com was eventually granted bail, BTW). By that time, he’ll have spent three full weeks in custody as a result of his tweets.

Whatever the context of the story, you can bet one thing. These days, we are all publishers.

One Response to Illegal Eagles: Today, We Are All Publishers