Are they Messengers or Missionaries? 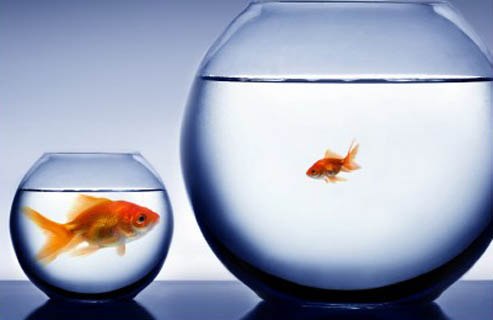 I’ve just spent three fascinating days in the world of corporate communications, one of many I regularly visit. The occasion was the Bahrain Corporate Communications Conference, with a workshop on social media marketing tagged on to the end.

The speakers were a mixture of PR people and digital media specialists. There were also talks on corporate social responsibility and sustainability. Oh, and the obligatory lawyer to warn us of the dire consequences of intellectual property theft and online defamation.

Many of the speakers had flown in from Dubai, and a couple from the UK, including the headmasterly Sir Paul Judge, the President of the UK Chartered Institute of Marketing.

Most of the delegates and many of the speakers were young enough to be my children. I didn’t really think about this until a delegate from Saudi Arabia discouraged me from accepting a Pepsi at one of the lunches, remarking “old guys like you shouldn’t be drinking stuff like that”. I thanked him for the compliment about my age, and suggested that a good slug of caffeine was precisely what old guys like me needed to stay awake in the afternoon session.

Anyway, such trivia apart, here were some of the standout messages from the conferences, and my take on them:

Mazen Nahawi of News Group International gave a passionate talk about the power of social networks in the Arab world. His view is that social networks are transforming the way Arabs think and interact, crossing national barriers and creating mindsets that will lead to social and political change. I hope he’s right, but a pan-Arab virtual reality in which people are breaking free of the cultural and political shackles which bind them in their real lives is a long way from transforming the physical world. Real change takes much more than the weak links created by social networking. Malcolm Gladwell, one of my favourite social commentators, has written an interesting article on this subject in the New Yorker. See also a rebuttal of Gladwell’s views in the excellent mideastposts.com. In my view, a more likely outcome will be that Arab social networkers will increasingly inhabit parallel worlds – the virtual one in which they bypass the social and cultural norms of the real world, and the physical world in which they knuckle down under the structures imposed by national establishments which like things just as they are.

More than one speaker expressed the view that since the financial crisis, the corporate mantra of increasing shareholder value is no longer considered an appropriate message. These days, they say, it’s all about stakeholder value – the value the corporation is adding to the community, their employees and the environment in addition to shareholders.

Well yes, we do live in a world of corporate hairshirts, of bankers offering ritual apologies for their shortsightedness, and of politicians admitting their mistakes (while doing what they can to lay the blame on their predecessors). But have we entered a new age of corporate responsibility, of warm and cuddly CEOs risking the wrath of the shareholders by casting aside a big slice of their profit margins for the “common good”? I don’t think so. Call me a cynic, but as I see it, greed has not gone away – it’s just hibernating through necessity. As soon as we get through these troubled times and emerge into the next period of stability, the Gekkos of this world will step out again in their summer coats, sleek and rapacious as ever. In fact, many of them have never gone away – they just have good PR.

Sultan Al Bazie, CEO of At Tariq Communications, one of Saudi Arabia’s leading communications consultancies, presented three case studies that highlighted the challenges of government communications in the Kingdom, and used them to show how the government has become more sophisticated and open in its communications with its citizens.

I agree with him on both counts. The unfettered media reaction to last year’s flooding disaster in Jeddah showed how things have changed in Saudi Arabia. And the frank coverage of King Abdullah’s current back ailment has been in stark contrast to the disinformation surrounding King Fahad’s health in his declining years. As always in Saudi Arabia, gradual and cautious.

Craig Hanna of the UK digital gurus eConsultancy, who also delivered the post-conference workshop on Social Media Marketing, told us that organizations planning to adopt a communications strategy around social media should first think carefully about their corporate cultures. Giving your CEO a Facebook page or assigning the task of Tweeting the world to a faceless apparatchik will not necessarily do the trick. Corporate social marketing demands a wholly different mindset from the conventional top-down communications strategy. You need to trust your employees to do and say the right thing (within defined guidelines). You need to recognize that social networking is about people and personalities, and understand that communications must be two-way.  Above all, you should be honest and transparent.

He’s absolutely right, which is why the majority of social media initiatives from organizations in the Middle East will fail. Remove the authoritarian, fear-driven culture from your organization, empower your people, allow them to make mistakes and you have a chance. Otherwise forget social media, and concentrate on your usual Stalinist pronunciamenti. Making that culture change in a region so permeated by authoritarian leadership styles is a big ask.

Communications people, like politicians, love rattling out statistics. We got plenty of these. A perennial concern in the communications industry is to justify return on investment in their activities. So they look for more sophisticated and meaningful metrics. In this respect I feel they’re missing the point. You can measure until kingdom come. But what really matters is the success of the organization and the people within it. And that arises from any number of influences: leadership, strategy, people, culture, financial management, not to mention luck.

Most organizations are reactive – they are driven by events. Some lurch from crisis to crisis. Those organizations that have an ethos based on “one for all and all for one”, can survive most crises. In companies I have helped to lead, I always tried to get the message across that there is no such thing as a sales team or a PR function. Everyone is a salesperson for the company, and communications, in thought, deed and example, is everyone’s responsibility.

So I would encourage communications professionals to measure less and achieve more. To stop trying to ascribe specific outcomes to your team or function, and be part of a holistic effort that focuses on the organization’s goals. Successful companies tend not to fire their communications people. That’s not to say that politics, ambition and personal fiefdoms won’t get in the way of the corporate utopia. And if that’s the case, as Craig commeted, consider changing your job.

All in all, a good three days. I have at least a hundred new websites to look at, and two or three interesting ideas to explore. So back to the real world.