LinkedIn and Me: It’s A Complicated Relationship 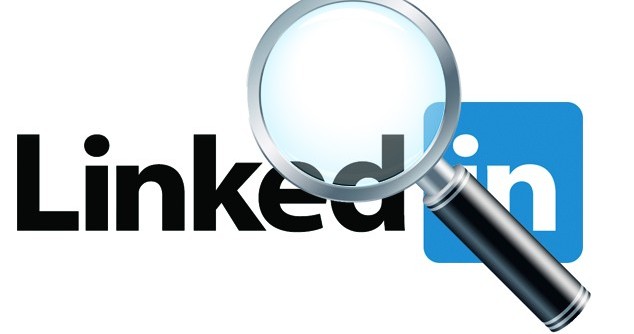 The Bible says “do unto others as you would have them do unto you”. This principle is known in secular circles as The Law of Reciprocity. It’s also a widely used technique for influencing people. Give somebody something, according to Robert Cialdini, author of Influence: The Psychology of Persuasion, and you can often expect to receive something out of proportion to the value of what you gave.

So I guess this explains why people keep endorsing my formidable skills on LinkedIn. They include some who have no experience whatsoever of my practising the skill for which they are endorsing me. Which makes the whole exercise rather futile, really. I know, they know, and probably most people who use the site know that endorsements are a debased currency.

So why bother? The truth is that they are not really bothering at all. LinkedIn is a software engine. It keeps prompting you to endorse people, connect with people, find new people to connect with and so on ad cybernauseam.  As with the like feature beloved of Facebook and other social media apps, all these actions can be taken with the click of a button.

If I try to connect with someone – which I very rarely do by the way – I click the button, and if the person doesn’t respond they get an email a few days later reminding them to respond to me. I didn’t send the follow-up. LinkedIn did.

LinkedIn tries to make me feel guilty if I don’t respond in kind. If I fail to accept a connection, or if I don’t endorse the person who has endorsed me, I’m intended to feel like a heel. It’s a bit like Christmas cards. You get a card from the Smiths, and you think oh dear, we didn’t send them one this year. We’d better rush out and put a card in the post.  At least with Christmas cards you need to make an effort, even if it’s writing your name on the card, the other person’s address on the envelope and shoving a stamp in the right place. With LinkedIn, there’s no effort whatsoever – and perhaps, no value either.

I know people who swear by LinkedIn as a way of generating business. One person I know was clearly delighted  to be informed by the site that his profile was among the top 1% of viewed profiles in the world. He sent an email to all his contacts telling us about his former wives, his children’s names, his best mates’ names and the magnificent house he’s trying to sell, and even that he has lost 27 kilos in the past year. Not to mention his entire professional life story over 40 years. Personally I would rather walk naked down the high street in my home town with a slop bucket on my head than indulge in that level of disclosure. But then he probably knows much more about self-promotion than I do.

The moral of the tale is that he would never have sent that email without LinkedIn’s timely prompt, guaranteed to massage his ego? And who benefits? Probably LinkedIn as much as him.

So perhaps you’re wondering why I bother to be on the site at all. I sometimes ask myself that. I suppose the answer is that one day I might really need it. Or maybe one day someone might contact me for some really interesting reason. But in the ten years since I first joined, I can’t recall either ever having happened. Perhaps that’s because despite my much-endorsed skill-set I am fundamentally a deeply boring person!

I do get a certain pleasure in finding out what acquaintances and former business associates are doing at any time. But a good 50% of my contacts – including some who claim to have known me or worked with me at various ports of call – I have never met in this life or any other as far as I’m aware. Why do I agree to connect with these strangers? Well, you never know. Maybe, just maybe, they might have a seriously interesting proposition or background. Maybe they might be someone I might want to do business with. But it hasn’t happened thus far.

You get out what you put in, as the Law of Reciprocity dictates. Which is probably why I only have 227 connections instead of the zillions others seem to have.

But here’s the thing: I’m not looking for a job, I’m not looking to employ anyone and I manage to do enough business without having to send emails boasting about my profile.

Yet I do quite like people looking at my profile and asking to connect with me, even if I have no expectation that there will ever be any outcome from that very weak transaction. Occasionally people seek me out who I genuinely have worked with, with the result that we have an enjoyable catch-up. And I quite often get feedback from people who pick up on this blog through the site, which is great.

But I don’t like being manipulated by a software engine, which is partly why I tend to be a bit of a curmudgeonly non-participant.

For what it’s worth, here are my four simple rules of engagement with LinkedIn:

And that’s it. Hopefully I’ve saved you a few milliseconds of your valuable time with this information.

The social media can be a colossal waste of time – a way to make you busy without really achieving anything. Just as in the Nineties the new time waster was email – which continues to be so when misapplied – social media are the star productivity drain of the Teenies.

I’m sure LinkedIn is a wonderful resource for some people. Otherwise why would the company have a market value of over $17 billion? Unless, of course, fools and their money are easily parted.

Personally, I really don’t understand what the fuss is all about. But then again I’m not worth $17 billion.

And you know what? I’m promoting the site by just talking about it!!!