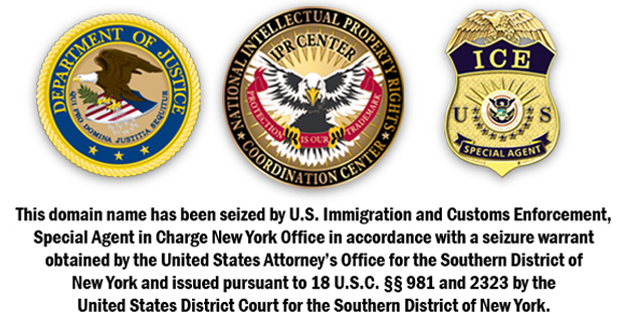 At first blush, this story may not appear terribly relevant to national security blogs, democracy or human rights, but here me out.  It concerns a 24 year-old British citizen whose website has acted as a go-between for other sites which allegedly infringe music and movie copyrights of U.S. entertainment companies.  Richard O’Dwyer ran the site, TVShack.net, which linked to others accused of online piracy.  Instead of going after the pirate sites (or in addition to it), the Justice Department decided that because O’Dwyer earned money from his site ($230,000 over two years), that he too was guilty of copyright infringement.

I find this the most bizarre interpretation of copyright law imaginable.  It would be one thing if O’Dwyer had acted as a middle-man for a serious crime, but to link to another website that allegedly violates U.S. copyright law?  How is that aiding and abetting?  Not to mention extraditing a UK citizen to the U.S. to prosecute him for this?  For linking?  Where do they plan to put him when they get him: Guantanamo?

Here’s where this case gets really sticky: if they want to go after someone for linking to sites engaged in illegality, why not go even farther?  Why not prosecute U.S. bloggers for linking to jihadi websites, even academics or specialists who study Islamists professionally? Don’t think this is far-fetched either:  An Israeli lawyer publicly suggested that Israeli bloggers linking to this website when I break a gag order or expose an Israeli security secret are themselves guilty of violating Israeli law.  I think the guy is a dunderheaded ass.  But there are now plenty such people in the Israeli Knesset and security agencies.  They’d be more than happy to introduce such legislation if it burnished their ultranationalist credentials.

This is how the cold, clammy hand of the national security state imposes itself on public discourse.  And don’t make the mistake of thinking that Israel is sui generis and it can’t happen here.  The current U.S. administration has made it abundantly clear that if anything it wants to outdo its predecessor in flexing its national security muscles.  There are few protections left in place if you’ve violated the unwritten commandments used by Obama’s national security apparatus.  You could end up dead if you’re a U.S. citizen in Yemen; or in prison if you’re viewed as aiding and abetting terror, even just by linking to it.

To be clear, the neither the U.S. nor Israel have so far sought to criminalize linking.  But they’ve criminalized just about everything else and this can’t be too far behind.

Republicans in Congress are already contemplating criminalizing the practice of journalism as Israel has just done in light of Uri Blau’s plea deal.  Under their plans, if a journalist publishes a story based on sources who offer secret government documents, the journalist would go to jail.  Not to mention that if the government wants to discover who the source was, it could dragoon the journalist into court or prison to find out.  In my case, if the feds hadn’t known that Shamai Leibowitz was leaking secret documents to me, they could’ve taken me before a grand jury and tried to compel me to talk.  If I hadn’t, they could jail me for contempt.