Israel Minister: Cyber Attacks are “An Act of War” 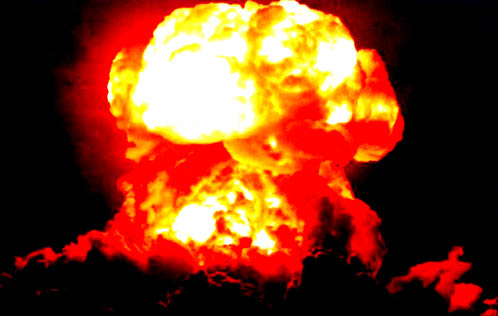 Leave it to Danny Ayalon, Israel’s Deputy Foreign Minister, to plumb unintentionally the twisted hypocrisy of Israeli foreign and military policy.  In the aftermath of the hacking attack on an Israeli sports website, which exposed the credit card information on 14,000 accounts (apparently not the 400,000 that the hacker originally claimed), Ayalon announced that any cyberattack on Israel would be met with maximum force.

Haaretz quotes him as saying:

Such cyber-attacks are “a breach of sovereignty comparable to a terrorist operation, and must be treated as such”, Deputy Foreign Minister Danny Ayalon said during a speech at a community center.

“Israel has active capabilities for striking at those who are trying to harm it, and no agency or hacker will be immune from retaliatory action,” he said

Such lunacy is music to the ears of bloggers.  It’s our meat.

First, Ayalon doesn’t make Israeli security policy.  He barely even makes foreign policy since most of the world’s leaders refuse to meet with his boss, the former-Moldovan, former-Kahane Chai muscle.  So his death threats against script kiddies for minor security hacks are typical ultranationalist braggadocio.

Second, he appears not to have considered the consequences for Israeli cyber warfare efforts against Iran.  If hacking a commercial site is casus belli for a nation going to war against a hacker, then all the more so when a nation creates a computer worm like Stuxnet which sabotages another nation’s nuclear processes.  Is that really what Ayalon wants?  To provide Iran with a justification for attacking Israel for Stuxnet?  Better yet, since the U.S. also likely played a role in Stuxnet, should we give Iran cause to attack us too?

Oh, I forgot Iran damn well better not even think it can attack us for Stuxnet, but we damn well have the right to do the same against them and fear no consequences.  World of Bullycraft 2.0.

Ayalon also lied in this mischaracterization of U.S. cyberpolicy regarding this threat:

Ayalon also applauded the United States for declaring that “all attacks in their cyberspace will be considered as a declaration of war and they will react as if it had been a missile attack.”

We never declared any policy remotely close to what Ayalon claimed.  But why let facts get in the way when you’re fighting a holy jihad against Israel’s delegitimization, right?  The Pentagon has suggested policywhich would allow the U.S. to go to war against a “foreign nation” that engaged in a cyberwarfare attack:

…A computer attack from a foreign nation can be considered an act of war that may result in a military response.

It doesn’t say we will go to war, and if we were to, it suggests we would only go to war against a nation which violated our cybersovereignty (if there can even be such a concept).  I see nothing saying the Pentagon is willing to fight a war against Chinese cyberhackers or a script kiddie stealing credit card data from a commercial website.  If that were the case, the world would rather quickly remind us of the old R. Crumb cartoon of the shell-shocked man with a TV trying to find an electric socket in a landscape devastated by nuclear war.  Not to mention that these suggested rules are quite controversial because they open us up to precisely the type of attack that may be justified by our own cyber attack on nations like Iran.

This article appears with the kind permission of Tikun Olam.

One Response to Israel Minister: Cyber Attacks are “An Act of War”