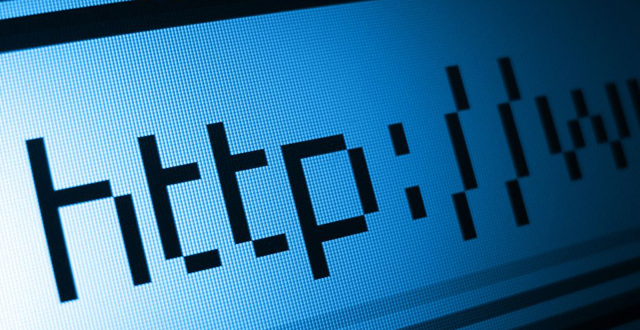 Note (21/04/12): Because of this article MidEastPosts.com has been censored and blocked in Morocco. This makes little or no sense. It is merely a column that argues about the merits of blocking voice over IP – a decision to boost profits.

The commercial interests of the telcos must carry significant clout in Morocco indeed if they can be used to block what ordinary Moroccans have the right to read – merely to protect their economic decisions from scrutiny.

Kindly note, articles do not go away if you block them within a country. They remain available to everyone in the world outside a jurisdiction – and even within thanks to the widespread availability of VPNs.

All blocking a site does is raise its interest level for the article that caused its blocking.

Six months after Vivendi’s Maroc Telecom blocked all VOIP applications in Morocco, the sole landline internet provider in Morocco brings the internet to a practical euthanasia. The sole ISP that controls the Moroccan landline and ADSL internet market decided to block both desktop and smart phone VOIP providers such as Skype, Viber, Teamspeak, Tango, Vonage and others.
Maroc Telecom went all the way to pull the plug on the internet’s most popular apps and along the way also pulled the plug on Moroccans’ sole affordable means of communication with its large immigrant population who bring yearly billions of dollars in hard currency to the needy country.

Maroc Telecom, a publicly traded company, has posted some of the country’s largest profits over the last decade. Not surprisingly, Maroc Telecom’s monopoly has allowed the company to maintain what some experts consider the highest per minute domestic and international call rates in the world. Also the ADSL service performance is a far cry from what they advertise. A 20 megabite per second connection usually delivers on average 5.5 mbps.

Shortly after the VOIP shutdown, and pressured by enraged Moroccans who consider these actions as commercial bullying, Maroc Telecom “unblocked” access to VOIP, which in reality was nothing but a smoke screen. What Maroc Telecom in fact did is allow minimal access to VOIP’s servers while reducing the sound quality by dropping UDP Packets (VOIP data packets) to a point that it made the connection unusable.

To add insult to injury, for the last three weeks Morocco has been left by Maroc Telecom with an agonizingly poor internet connection that barely delivered 5% of the advertised speed, making the internet barely suitable for email (without attachments of course). The excuse: an optical underwater cable that was cut somewhere at 500 meters in depth between the cities of Larache and Marseille (France). Did Maroc Telecom send a text message with any kind of status update to their subscribers? No. Did Maroc Telecom offer a refund for services not rendered? Certainly not.

Did Maroc Telecom send any kind of notifications to their subscribers and offer them any remedies? No. Subscribers were left in the dark changing cables, kicking computers, and dialing 115 for customer service, that of course costs 1.00 DH. Customer service’s answer (after several failed attempts to get through, each costing one more dirham): “Let me start a case and a technician will check to see if there are any issues in your area,” an answer that suggests complete amateurish incompetence and more revealingly a complete dishonest and unethical business practices.

How does this affect Moroccans?

Moroccans, including students and migrant workers in Europe and elsewhere are no longer able to talk to their families and are forced to use cost-prohibitive long distance calls in already precarious economic conditions.

Moroccan young educated professionals who have capitalized on new technologies and turned to Europe and the US to use their otherwise unemployed skills, have seen their hopes and dreams shattered by the sole ISP in the country who refuses to act with transparency and social responsibility.

In this day and age Internet service is a crucial part of a country’s infrastructure and Maroc Telecom’s inability and obvious incompetence is holding the future of a whole generation hostage to its commercial interests.

With a legal vacuum that leaves Moroccan consumers open to abuses, thousands of Moroccans turned to Maroc Telecom’s “fan page” to vent their frustrations that see the internet as the window to cultural and economic freedom that breaks with “Morocco’s old ways” embodied in Maroc Telecom’s old ways.

Some have even suggested not paying the next internet bill.

The moral of the painful story: as long as Maroc Telecom has a monopoly on the telecommunication infrastructure, the consumer will suffer and Morocco’s path to global competitiveness will be hampered

5 Responses to Internet ‘Disaster’: A Return to Morocco’s Old Ways