#iheartsyria: A New Hashtag That Has Hit A Nerve 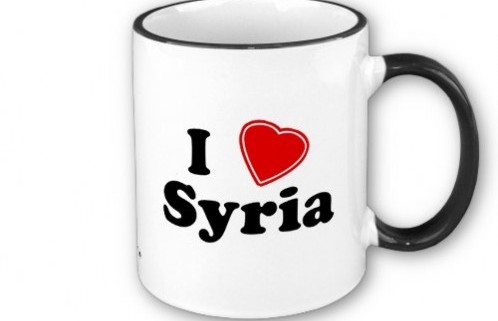 It started as a reaction against the slap-downs I seem to get whenever I tweet something positive about Syria (which, let’s face it, is pretty much every tweet).

The last time I tried starting a hashtag, I was the only person to use it!

But this one resonates. Syrians love Syria for so many eye-opening reasons. There have been more than 1000 #iheartsyria tweets in the first eight hours. That’s 1000 reasons to love Syria.

@tamimat: #iheartsyria cause it welcomed me like a mother and i left it crying like a little boy leaving his mommy. #damascus

@AbdulHaykal: #IHeartSyria because I’m inspired every time I meet one of the exceptional young talents this country is so rich with.

@Kholoudmansour1: #IHeartSyria cos it doesn’t copy and paste revolution, cos it can’t be dragged to something that it doesn’t match with our national context

@sasoo79: #iheartsyria cause it ability to hang on to the heritage and modernize it without taking out the identity.#Syria

@SyrianTami: #iheartsyria cause her love has always been more than enough for me

@DiaHaykal: @transteksys #IheartSyria because we believe in Syria, its bright future, its talents, and its youth.

@LunaFakkas: #iheartsyria because wen it snows,#Damascus is the prettiest in white, &wen it rains, u c ppl raising their hands “Allah yeb3at el kher 🙂 ”

@DiaHaykal: #iheartsyria bcz my intrnt connection is getting slower and i blame this on the love expressed for Syria by my fellow tweeps, all at once 🙂

@AtoraiaDave: #IHeartSyria because it has a big heart, in the crisis times everyone can find a shelter in Syria

@Abbasrahbani: #iheartsyria because I love walking in the morning and everybody exchanging a morning greeting, good morning 3amo, good morning sweety

@DiaHaykal: #iheartsyria so much that I’m addicted to this hashtag! Somebody’s gotta take this iPhone off my hands!

Even a few months ago, this wouldn’t have even been possible, there was so few people in Syria on Twitter. But every day more and more Syrians are joining Twitter. Inspirational, passionate, wonderful Syrians who are teaching me so much.