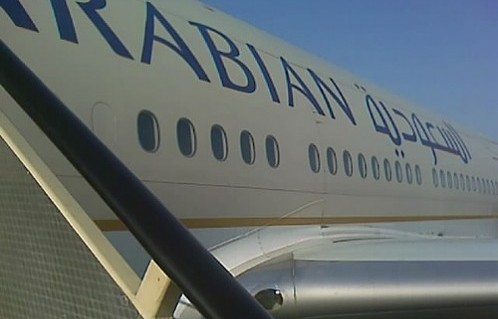 Both Arab News and Saudi Gazette note that a group of licensed Saudi pilots are taking to the pages of Facebook to lament their lack of jobs.

Most are complaining about a change in requirements for jobs at Saudi Arabian Airlines (Saudia). I don’t understand why the airline made these changes. Some of them—like a maximum age of 27—seem harsh. Others, like a decent level of English, the international language for pilots and control towers, seem like common sense. Whether an expensive exam run by the German Space Agency is reasonable, I’ll leave to the experts.

There seem to be several things going on here. First, there are too many people with pilot qualifications for the jobs available. This is a brutal fact that’s appearing across the globe as an ‘eduction bubble’ has risen to the surface and is beginning to pop.

Higher education and specialized education programs are useful in themselves to some extent. But their true utility lies in how well they prepare people for the workplace. Here, there’s massive failure. The fact is, paper qualifications, whether a degree or license, do not guarantee jobs. No one, outside of state-created bureaucracies, hires solely on the basis of education. There’s always something more that’s required. Then there’s the point that universities and technical schools turn out more graduates than there are jobs.

To a greater or lesser extent—mostly greater—universities and schools are bureaucratically hide-bound. They do not change gears or directions quickly. Not only do they have faculty (whose degrees may be two or three decades old) in tenured positions, thus hard to get rid of, but the structures of various departments tend toward stasis. They know what they know, don’t really want to learn new things, and certainly don’t want to be told their hard-earned (and expensive) wisdom is no longer useful.

Private institutions, among which are the majority of flight schools, might be quicker to change. But they are not necessarily geared toward the specific requirements of every single airline. It falls on the student to ensure that the education he’s paying for is going to achieve his own goals. Private schools are geared toward making a profit. They will happily—and correctly—go for the lowest common denominator when it comes to requirements unless they see some advantage to tuning their programs to meet very specific student needs.

The Saudia training program is, of course, geared toward the needs of Saudia, a quasi-governmental airline. The training folks, though, are not the final policy decision-makers. They teach what they’re told to teach. If requirements change, they’ll change, but they won’t be ahead of those policy changes. And for some reason (well, actually, 9/11) Saudi pilots have an additional hurdle to surmount when it comes to being hired internationally, no matter how well qualified. To my knowledge, none of the pilots on 9/11 were Saudis, but the majority of the terrorists taking part in that atrocity were. The would-be pilots can thank Al-Qaeda for that impediment to employment.

It is interesting, though, that these men are taking to the social networks to air their gripes. As Saudi Arabia prohibits public demonstrations, they’re precluded from doing that. As they’re spread around the vast country, there’s little likelihood of their bumping into each other and gathering, even in private. Facebook, though, provides a venue otherwise lacking in the Kingdom, even if virtual. We’ve seen that social media can play a role in effecting change in Egypt and Tunisia. Whether it will result in the creation of jobs for an oversupply of pilots, though… I doubt it.