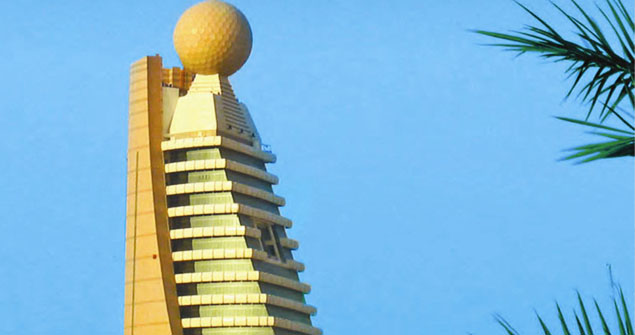 Gulf News today carries a Great Pronouncement Of Doom from UAE telecom provider Etisalat. If you don’t register your SIM card on time, you’re going to have your line cancelled, they tell us.

It’s all part of the UAE’s Telecom Regulatory Authority slightly obtuse campaign,  ‘My number, my identity‘.

As I predicted earlier, this one has all the usual Ealing Comedy attributes. We are all to trot off to a telephone company office with a passport copy (and original it seems) or a national ID card (copy and original we assume) and re-register our mobile lines by filling a form. The ‘campaign’ started on the 17th June – now Etisalat has given 1.5 million of its 8.6mn subscribers just three months to register their lines, failing which they will suspend the line. Three months after that, it’s cancellation. They’ve sent out texts to the lucky 1.5 million hapless victims telling them to register or lose all within 90 days.

As I pointed out before, it took five years to issue everyone National ID Cards here – and that’s still not a ‘done deal’. The constant slew of frequently clashing announcements, pronouncements, threats and exhortations have provided endless amusement. Now we’re going there all over again.

Does Etisalat really think they can get 1.5 million lines re-registered in 90 days? Even allowing for a constant and equal throughput across all their 104 offices, that means 160 applicants re-registered per office per day, or (with an eight hour day) 20 per hour. Or a constant rate of one registration every three minutes in each and every office.

Don’t make me laugh. Etisalat doesn’t process bill payments that fast, let alone re-registering lines (including, presumably, verifying and inputting the registration information as well as scanning documents etc). Can you imagine the long, hopeless, shuffling queues? I can and I’m in no hurry to play, thank you.

In fact, Etisalat’s spokesperson told GN “It won’t take more than ten minutes to fill the form… everyday we have an average of 10,000 subscribers who approach Etisalat offices to update their personal information.”. At that, frankly unbelievable, number, we’re still talking only 900,000 registrations in 90 days.

And then they’re proposing to text another 1.5 million customers, just to add to the chaos from the preceding 90 days.