Death of My Laptop: No Tears, Just Blessed Relief 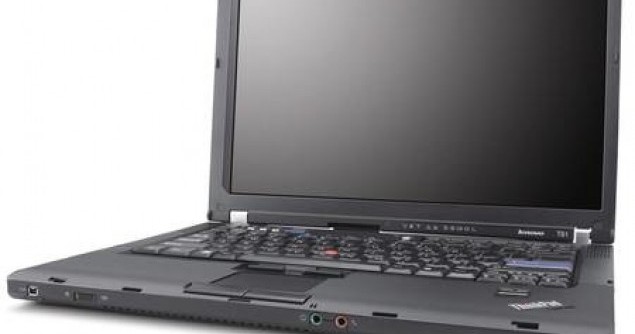 I’m not sure what it is with me and technology right now, but following on from the recent Great HTC Self Destruct, my PC has now decided to pine for the fjords.

It all started yesterday with some strange behaviour over a hotel’s WiFi network. Whether it was triggered by malicious software, a failed AVG update install or the Will Of The Gods will forever be a mystery, but the machine descended with great rapidity into a constant cycle of great meltdowns, gibbbering fits of tearing around the room pulling its hair out and screaming obscenities followed by curling up in the corner and wailing silently to the heavens before lapsing into long periods of insensibility. It is not, to boil the situation down to its essence, well.

I have long been a fan of IBM laptops, a product choice originally made because of the inevitable sound of indrawn breath through teeth that would accompany every presentation at my lovely client’s premises. It got wearing eventually and I succumbed to the black keyboard with the little red button. The move was propitious – these babies are reliable, take a pounding without complaint and just, well, deliver. I have no reason to think that Lenovo has let quality go, but there’s little doubt that my current machine, a T61, has for some time been End Of Life. Its hard disk is almost full, the keyboard’s worn shiny and MacBook Air users titter when I pull the great slablike wodge of scratched matte black plastic with shiny edges from my enormous laptop bag.

It’s a bit like breaking up with a girl you’ve come to dislike but can’t quite muster the energy to go through with the scene. It’s a huge relief when she takes the plunge before you. So it is with my PC – it actually feels good to be letting go. The pain has been considerably lessened by the agency’s move to Google mail and Docs, although I hadn’t quite managed to wean myself away from Office. Now I’m going to see how far I get using the iPad, although I know it’s not going to deal with the heavy lifting terribly well – and especially not the video editing or book stuff.

The PC, in the meantime, is sitting curled up in the bathroom, occasionally spitting at passers-by but mostly just staring at the tiles with a lunatic fixaty. I’ve got the data off it, so I don’t care any more.

Anyway, it never really understood me…